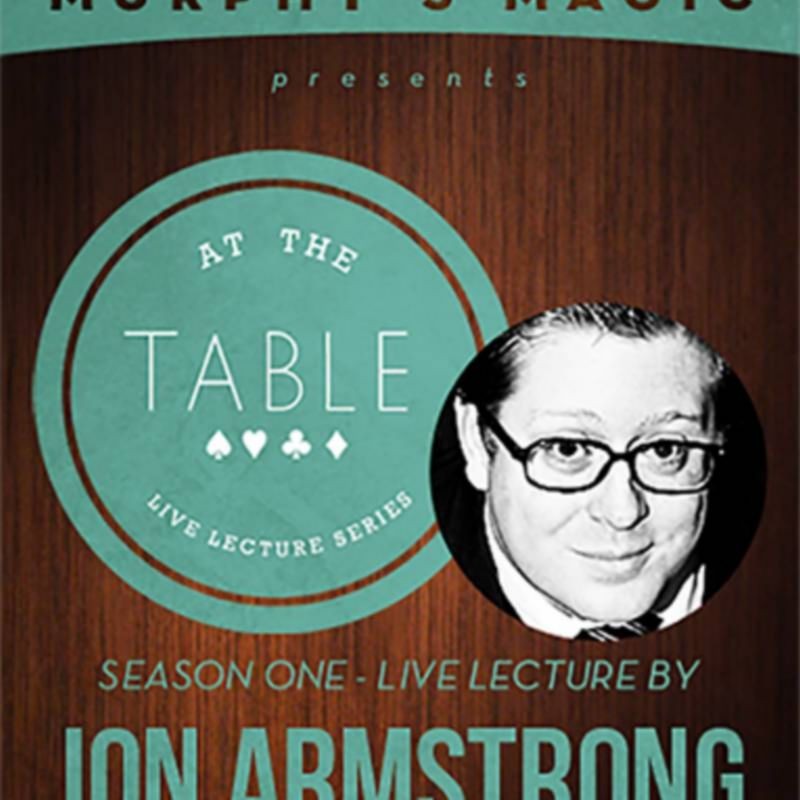 At the Table: Jon Armstrong June 4, 2014 Jon Armstrong is an amazing performer with a deck of cards both close up and on stage. In this amazing 2 1/2 lecture, J

Jon Armstrong is an amazing performer with a deck of cards both close up and on stage. In this amazing 2 1/2 lecture, Jon will first show you card magic that is geared towards the close up performer. He even shares with you alternate ideas for the Tiny Plunger effect which Jon is known for. Jon then focuses the second half of his lecture for the stage/parlor performer, and does so with JUST a deck of cards.

Band Through Neck: A rubber band VISUALLY passes through your neck. No gimmicks!

Magic Castle Fooler: Using a "15 of diamonds" card, Jon will fool you! Simple as that. Jon also shares his work on the Stop Force, and using a marked deck for maximum impact!

Plus! Jon shares his work on the Zarrow false shuffle and quickly touches on sandwich trick ideas.

Jon performs a start to finish, 25 minute stand-up act using just a deck of cards and then breaks it all down for you in amazing detail. In this set, you will learn:

Repeat Card Under Watch: A selected card is found under the spectator's watch not once, but TWICE. In this routine, you will learn Jon's handling of Paul Harris's Whack Your Pack, as well as a way to vanish a single playing card.

10,000 Dollar Closer: A spectator is asked to THINK of any playing card. That card is revealed in a very unique way! This is also a great way to have a spectator randomly chosen!