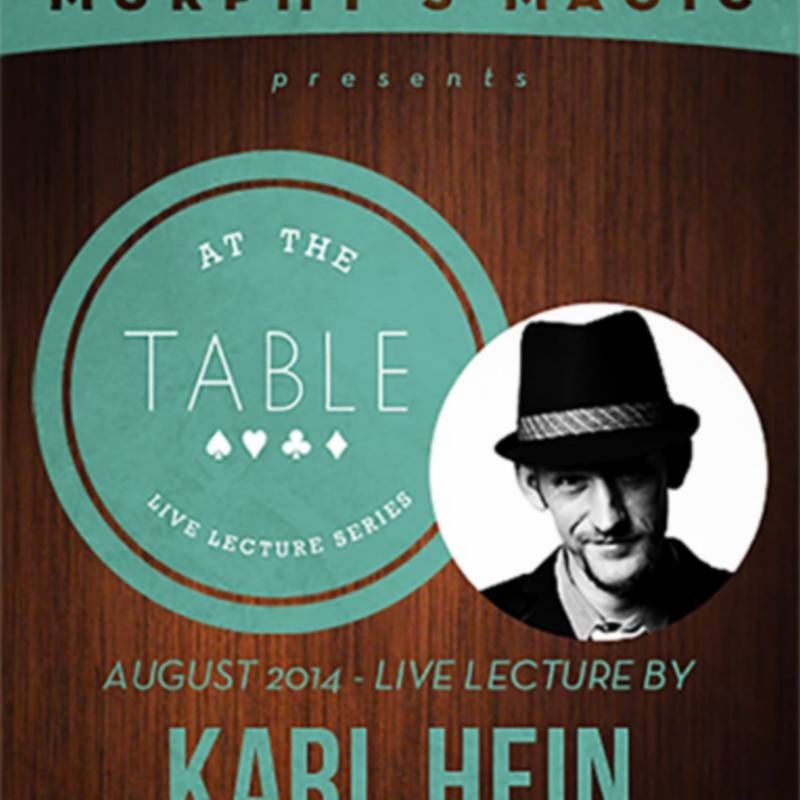 Karl Hein: Karl Hein is no stranger to magic. Known around the world for his amazing skills with a pack of cards as well as his disarming performance style, Kar

Karl Hein: Karl Hein is no stranger to magic. Known around the world for his amazing skills with a pack of cards as well as his disarming performance style, Karl will present to you a lecture that will blow you away! Having presented over 100 different lectures in over 15 countries, Karl is known for some amazing pieces of magic including, "The Heinstein Shuffle and "Heiny 500". Karl will present to you routines, sleights, flourishes, and principals of magic and misdirection that only a seasoned professional like Karl can do. This is a GREAT lecture that CANNOT be missed! In his lecture, you will be learning:

That Would Be A Freaking Miracle - Karl's easy and commercial Three Card Selection Routine where a spectator finds the cards with several amazing kicker endings. Karl will use this routine to discuss card selection, card control, revelations, multiple moments of amazement, routine construction and alternate presentations such as...

Hat Trick - An alternate presentation for That Would Be A Freaking Miracle, where the magician finds the three selections in his hat or the hat of a spectator.

Transformer Triumph - An in the hands Triumph Routine with multiple magic moments. Karl will use this routine to also teach and talk about tips for the following False Shuffles, Cuts and Flourishes.

Heinstein Shuffle - The classic in the hands false rifle shuffle with a bridge.

Give Me Five - A production of a five dollar bill that can be used just about anytime.

Pathways - A double prediction effect with a new touch on combining equivoque and multiple outs. Karl will also use this routine to teach 2 multiple out systems including:

Heiny Switch - A prediction written on the back of dollar bill.

Out of Your Mind - Karl's unpublished work on the classic Paul Curry effect "Out of This World."

Grandmother's BLT - Karl's un-gimmicked version of Ryan Swigert's "Kickback" which is guaranteed to give any laymen or magician a moment of pure astonishment.