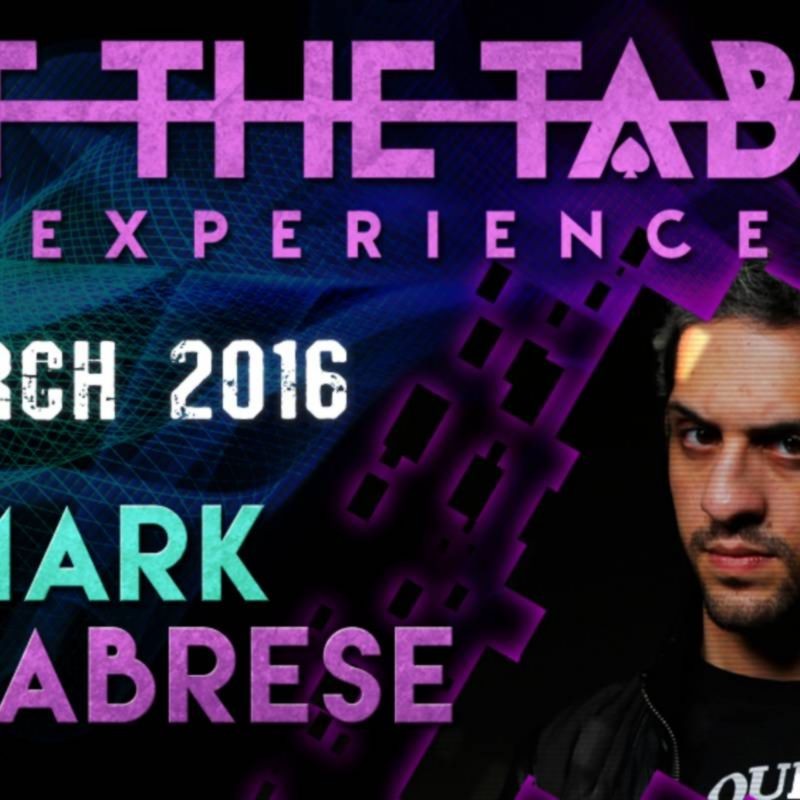 Mark Calabrese had a smash debut At the Table Experience and now he's back for a second installment. Mark is without doubt one of the busiest performers in New

Mark Calabrese had a smash debut At the Table Experience and now he's back for a second installment. Mark is without doubt one of the busiest performers in New York today. He's also responsible for a ton of original effects that has swarmed the market in recent years. When he isn't trying to fool Penn & Teller, or consult for top magicians in the industry, Mark is always very busy, which is why we are delighted that he's made time to sit down for a second lecture. Mark brings us his fooling, entertaining and sometimes disturbing repertoire of effects. From Mentalism to Knucklebusters, here are some things you're going to learn:

Mystery Card: Mark gives you multiple presentations for his take on the Mystery Card Plot. A blue-backed card is placed face down on the table, two Jokers are taken out of the deck and examined. Any card is named by the spectator and without touching the face down card, it is revealed to be the spectator's named card.

Character & Approach: Mark talks about how important character is as well as great ways to approach spectators. After listening to his advice, you will be more confident as a performer and with your ice-breaking skills.

Story Line: Story line is key and Mark discusses becoming his method of "possessed" in a performance.

Ace Cutting: A clever Ace cutting routine that is like none other. Inform the spectator that you will cut to the Aces without looking. Just when it seems you have failed, you come out on top with a KILLER KICKER.

Cut for Kiss: This is a great and hilarious effect to do to with a couple.

Bottom Deal: One of the hardest moves we've seen At the Table, but Mark will show you multiple ways to do a bottom deal with ease.

Joker Knows: If you like card-to-mouth, you'll love this one. A card on the table changes without the magician touching it.
Dirty Rat: The spectator chooses a card and the magician has 5 tries to get the selection. The magician bets $100 he will get the card but to the spectator it seems like he has no idea. In the end, let's just say you'll leave with a little more money in your pocket.

Burana: A beautiful card change that looks like trick photography.

Frontal Pass: A very deceptive take on a pass.

Double Top Change: We all know a top change but what about a top change with two cards? This is something that you will want to play around with.