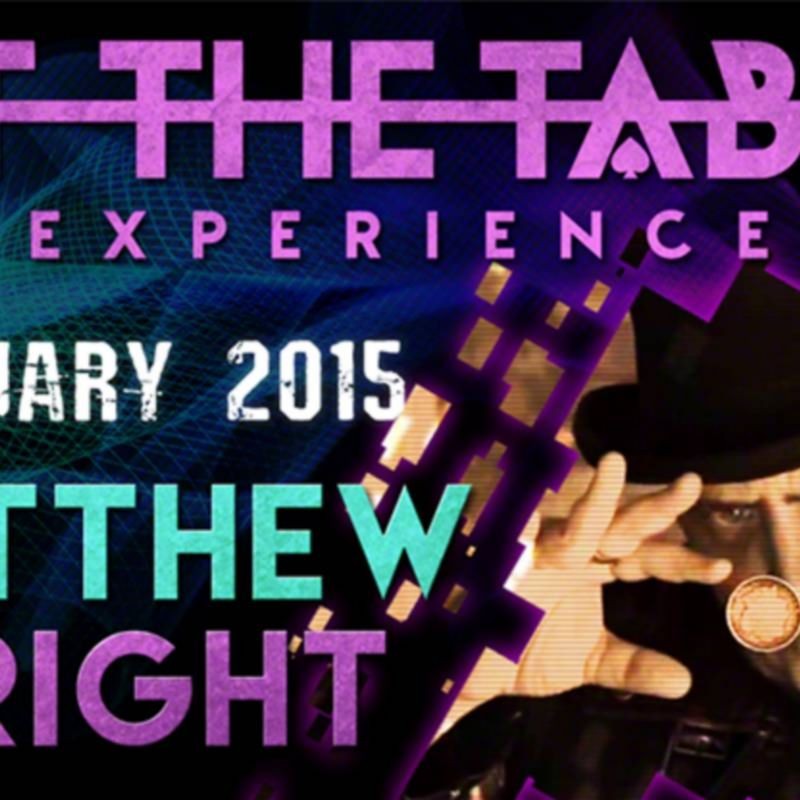 Matthew Wright is a character-driven close-up performer who has devised several remarkable close-up routines. In this AT THE TABLE EXPERIENCE, Matthew will perf

In this AT THE TABLE EXPERIENCE, Matthew will perform these amazing and original pieces, and then break it all down for you in precise detail. They are a combination of clever apparatus, new technique, and hilarious presentation. Matthew will also spend time talking about character creation, the "super-hero theory" as well as rehearsal techniques including the naked rehearsal, which should be interesting. Wright will also perform and explain a piece from his 2nd place FISM act that has never been taught before, until now. And it involves 50 sponge balls!

Here is what Matthew will be sharing with you:

Horizon - A new, revolutionary thread system that allows you to effortlessly animate a small object form one hand to another with almost no movement.

Final Destination - Matthew's take on the classic 3-Fly plot that ends with the last coin VISUALLY FLOATING from one hand to the other.

Nutdropper - A walk-around version of the ring inside a walnut, inside an orange.

"Think a Card" - Fan through a deck and allow spectator to think of a card. Find it with ease; doesn't get easier or more powerful.

MINT - A thought of card vanishes from a deck and appears inside a small mint packet. This is Matthew's favorite effect. Comes with a trippy LSD premise.

Ripper - A Torn and restored card where the restoration is back to front. Very simple to do. Highly visual!

Matthew will also spend time talking about character development, building character, super hero theory and naked rehearsals as well as other rehearsing techniques. Naked or not.

Matthew will also break down a part of his 2nd place FISM act that has never been shown before, until now.