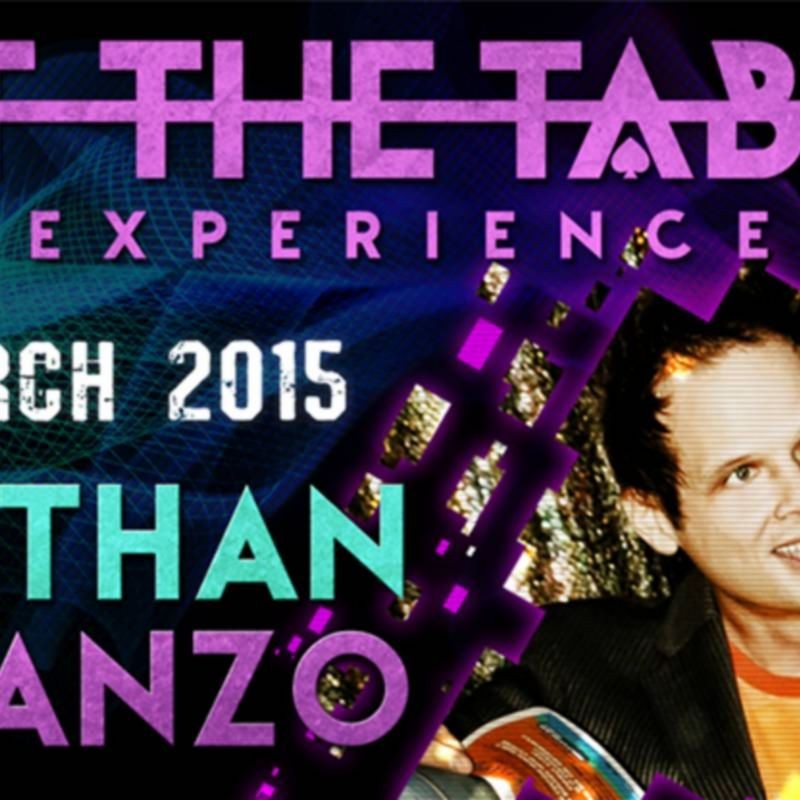 Nathan Kranzo is a true worker in magic. Having honed his skills working resorts and going on tour, he went on to consult for Penn and Teller among others, and

Nathan Kranzo is a true worker in magic. Having honed his skills working resorts and going on tour, he went on to consult for Penn and Teller among others, and has had his work published in Magic Magazine, Genii Magazine, The Linking Ring and many more. In this At The Table Experience Nathan will teach you material that is tried and tested. Magic that has been worked and perfected over long periods of time. Fun, reputation making and fooling - Nathan brings it all! You'll see effects like:

RED BLUE Coincidence - Inspired by a Jim Steinmeyer effect. Almost self-working, and one of the cleanest card magic effects you will ever see.

Conradi Miracle Prediction - A routine straight from Kranzo's Comedy Magic and Mindreading Show! Nathan proves he can predict the future by pulling a duplicate of any THOUGHT OF card from his pants.

The Coin Opener - Visual and attention-grabbing coin magic with audience interaction, and that can be done standing without a table. The perfect walk-around effect!

The Voodoo Card - One of Nathan's signature routines. A selected card folds itself and then SCORCHES itself by fire...inside the spectator's hand.

Rub A Dub Wallet - A quick card trick that is over in seconds but includes THREE strong moments of magic. The card to wallet ending fools magicians and laymen alike.

Tru Test - This is Nathan's adaptation of the U.F. Grant Magazine Test. A magazine is chosen, a page selected and torn to pieces by the spectator until they are left with a single piece. They think of a word on that piece, and tell them what it is! This is a closer!

The World's Coolest Book Test - Two paperback books that can be examined are offered. One is selected and any page opened to. You ask them to read a sentence and ask them if they can imagine or "draw" an image that represents what they read. They do, and so do you, duplicating it perfectly! A strong Book Test or Design Duplication that will even fool you and the brilliant and simple method will have you laughing at its simplicity!