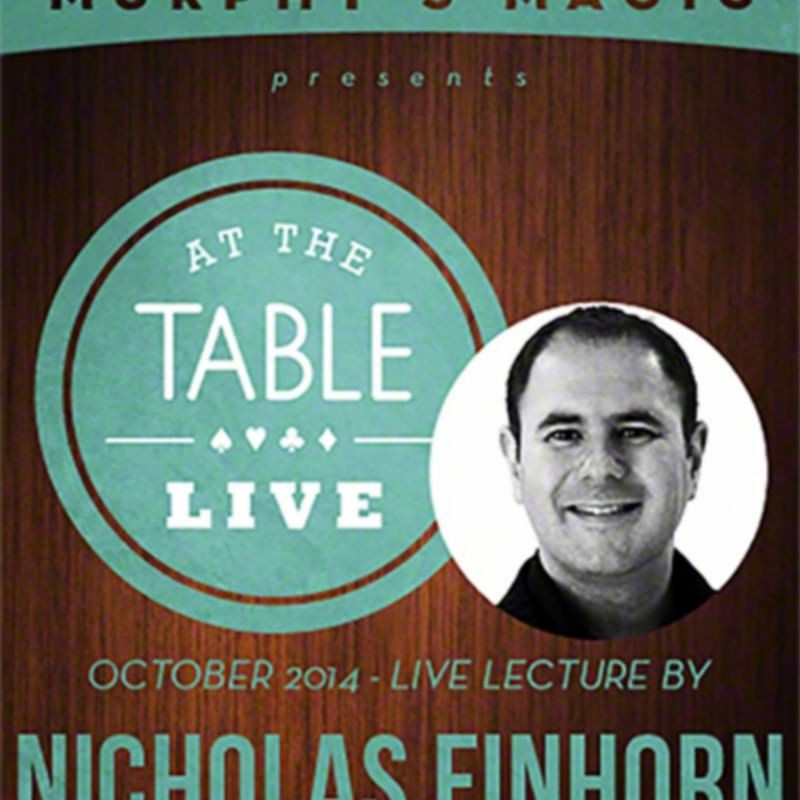 Nick Einhorn: Nick is absolutely amazing. Having fooled Penn & Teller on the famous UK show, 'Penn & Teller - Fool Us', Nick is bringing you a lecture t

Nick Einhorn: Nick is absolutely amazing. Having fooled Penn & Teller on the famous UK show, 'Penn & Teller - Fool Us', Nick is bringing you a lecture that you will not forget. Having authored numerous books and magic effects including, Nest of Wallets, Spooked, Pro-Flite and so much more, Nick will be showcasing his style of magic. He will also share with you his tips on how to book gigs, approaching a table or group of people, how to routine and much much more!

Money Deck - This is a surprise production of four coins that appear under a ribbon spread deck of cards. (Please note - the "surprise" is not guaranteed if you just read the above).

Unicorn Coin in Bottle - Nick's routining and handling of this classic effect. This is suitable for banquet tables and general close-up work. Plus, Nick shares with you his thoughts on the wear and tear of folding coins.

Signature Triumph - An in-the-hands version of Triumph with a very surprising ending. This effect is ideal for the 'mix and mingle' close-up performer.

Co-op - A quick and quirky color changing card which makes a perfect opener for a strolling close-up act!

Gold Rush - A tried and tested routine for the classic 'Ring Flight' which maximizes the visual moment of the vanishing ring.

Ring on String - Here you will learn Nick's thoughts, handling and routining for this classic effect!

Pro-Flite - Nick shares with you his marketed performance of the classic Ring Flight effect. (Performance Only)

Nest of Wallets - A best seller! Nick will perform for you his routine and will cover with you all of the nuances that make this effect so killer and so strong.

Autographical Transposition - If you are bored of the $100 bill switch, then try THIS the next time you are performing at the tables.

Serial Number Devination - A sneaky and devious method to divine numbers on a random borrowed bill.

Hidden Influence - An amazing and seemingly impossible prediction which happens in the spectator's own hands!

Carat & Schtick - Sometimes it is the small comedic moments in between routines which make a real difference to an act. This little bit of fun will ALWAYS get a laugh and gasp. Aces 4 U - A four ace production on the offbeat.

IMP Force & Applications - This force is a great utility which leads in to multiple and unlimited opportunities. (Card at Any Number, an UN-gimmicked Brainwaved effect or even a You Find It plot)