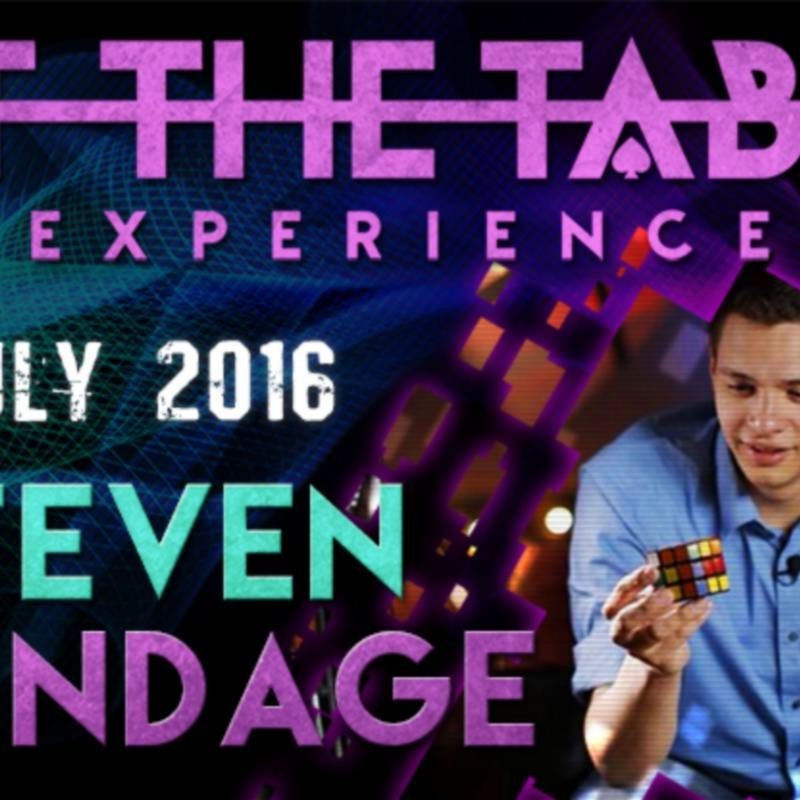 Steven Brundage has made countless TV appearances on Penn & Teller's Fool Us, Good Morning America, The Steve Harvey Show, and America's Got Talent, just to

Steven Brundage has made countless TV appearances on Penn & Teller's Fool Us, Good Morning America, The Steve Harvey Show, and America's Got Talent, just to name a few. He's hit MILLIONS of views on YouTube and the rise of his popularity shows no end in sight. Steven joins us At The Table for his very first lecture EVER, where he gives the inside scoop about what it's like to be on America's Got Talent and Penn & Teller's Fool Us. Steven also goes into heavy detail about how to create viral videos with maximum exposure. You'll also learn tips and tricks using the Rubik's cube and so much more! Get ready to learn:

Corner to Cube: A variation of an effect Steven performed on America's Got Talent. The spectator holds the cube and selects a card. With sleeves rolled up, the corner of the selection is torn off and vanishes only to appear inside the cube that the spectator has been holding in view the whole time.

Tips on Finger Flicking: Steven gives his best advice on how to be more efficient in solving a cube.

Toss Solve: A non-gimmicked Rubik's cube is mixed and tossed into the air. Within the blink of an eye, it is solved.

Bag Solve: As seen on America's Got Talent, a mixed cube is placed into a bag and within seconds the cube is solved.

Behind the Back Solve: This effect that has received over two million views and has even gotten Steven out of a speeding ticket. A mixed cube is tossed behind the back and once it's caught, it is completely solved.

4 Ace Trick: A fooling four ace routine that has a kicker estimation ending.