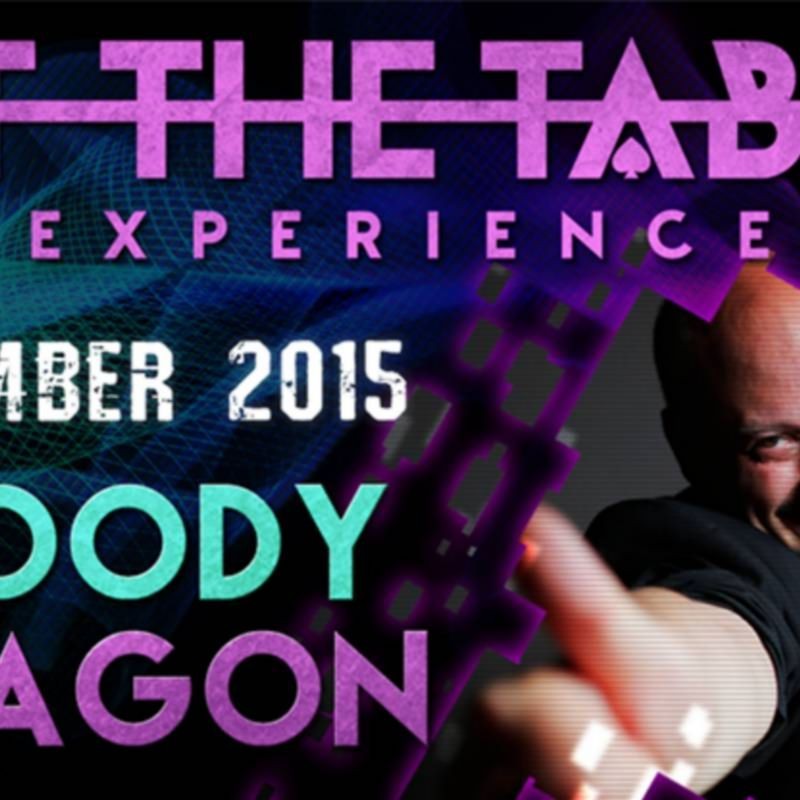 He is quite possibly one of the best card magicians alive, but judging by his generosity and willingness to share his most precious secrets, you would never kno

He is quite possibly one of the best card magicians alive, but judging by his generosity and willingness to share his most precious secrets, you would never know. All the way from Spain, we welcome the one and only Woody Aragon to an At The Table Experience! Woody will delve in to his loveable character and not only delight you but teach you some of the strongest close-up magic available, including false shuffles, vanishing cards and an effect that fooled Greg Wilson! Just take a look at some of the things you could learn!:

Blushing- The effect that fooled Gregory Wilson!!! The spectator names two cards. Once they do you spread through the deck and one of the spectators thought of cards is the only card in the deck that that has a different colored back. You very fairly and cleanly place the card on the table and it changes to the second thought of card!

Vanishing Card- Woody talks about a brilliant way to vanish a card within a deck that involves no sleight of hand!

Psychic Poker- An effect you'll have to see to believe ladies and gentleman! A folded bill is placed on the table and the spectator shuffles the deck. They then deal 4 piles of 5 cards and you know which poker hands are in each pile! Not only that but the outcome is all written on the bill!

Back In Time- A brilliant mix between any card and any number and torn and restored card that will have your spectator wanting to go "back in time" to try and figure out how you did it.