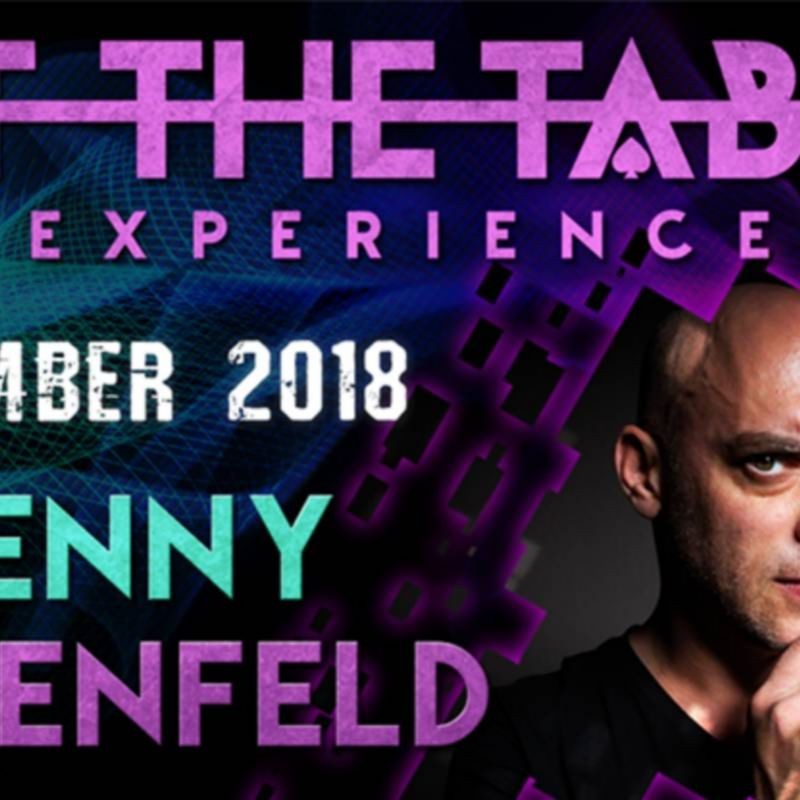 Menny Lindenfeld is back for his 2nd At The Table lecture. This encore performance features all new material and all new effects that will be sure to get your m

Menny Lindenfeld is back for his 2nd At The Table lecture. This encore performance features all new material and all new effects that will be sure to get your mind bending. An award winning, international paranormal entertainer, Menny Lindenfeld is one of the premiere mentalists in the world today. He has used his supernatural ability to deform objects to the astonishment of audiences worldwide, including Penn & Teller: Fool Us. From the creator of Deformer and the amazing Ox Bender, comes a unique one-of-a-kind lecture. Bend and twist people's minds using organic everyday objects, right here, At The Table. In this lecture you'll learn:

Bending Nail: Bend a nail right in front of your spectator's eyes.

Bending Coin: An amazing routine where the spectator watches a coin bend right in front of them.

Ripping Coin: Show off your strength by ripping a coin down the center.

Mental Cash: A "which hand" routine where the spectator finds the bill you have hidden in one of your hands, time after time. Includes a kicker ending where you have predicted exactly how many times they found the bill, written on the bill that was used.

Thumb Tack Balloon: A fun routine where you blow up a thumb tack like a balloon.

S.P.Y.: Use something that everyone already owns to create this miracle where you can predict which card the spectator has marked with an X.

Zorro: Learn how to use The Zorro Pass to turn a spectator's card face up inside the deck for an out of this world Triumph.

Card to Impossible Location: Take the chosen spectator's card and put it back into the deck face up. Miraculously, the card vanishes from the deck and appears under where the spectator is sitting.

Back for his highly sought-after encore lecture, join us in welcoming Menny Lindenfeld At The Table.