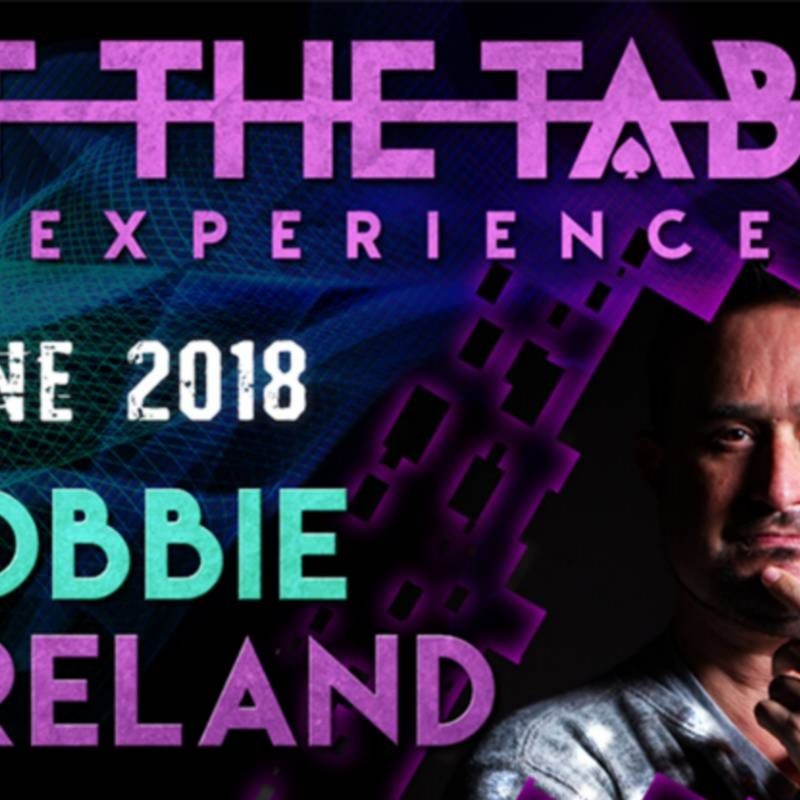 Considered by some to be one of the best-kept secrets in magic, Robbie Moreland is known for his unique approach in performing classic effects. His handling and

Considered by some to be one of the best-kept secrets in magic, Robbie Moreland is known for his unique approach in performing classic effects. His handling and touches of the effects in his repertoire are a treat for all! Join us in an intimate setting with one of magic's most hidden gems while we discuss:

The Anniversary Tango: A gimmick-less version of the Anniversary Waltz that is a staple in Robbie's strolling performance. Many of Robbie's clients have requested this effect in his contract because it's just that strong.

Vernon's Twisting the Aces Presentation and Handling: Learn Robbie's choreography and presentation of this Vernon Classic that makes it sing to an audience of laymen.

Ascanio Spread Finesse and Displacement: Robbie's handling of this elegant sleight is a beauty to behold and makes it very convenient for ditching the extra.

Ambitious Card Touches: Learn some touches on the Ambitious Card that includes great alternatives for the DL, to throw off the initiated.

Benzais Spin-Out Production Variation: Killer variation on the Benzai's spin out, that gives the impression that the card came from the center of the deck. Included is Robbie's professional Ace Cutting sequence.

The Glaive: A dazzling Four Ace Revelation you will love to learn. Great for anyone who is working on their card ninja skills.