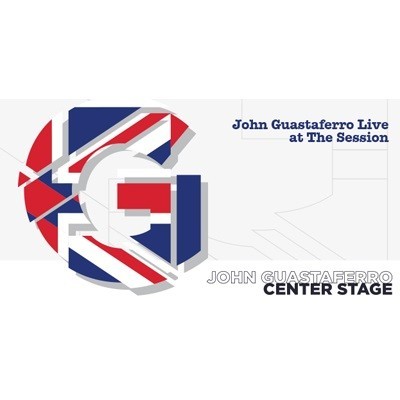 Both the elegance and versatility are on full display on Center Stage, John's first DVD collection in many years. Whether you are a longtime fan of John Guastaferro or whether this is your introduction to his work, Center Stage is the definitive way to study John's unique approach.

Both the elegance and versatility are on full display on Center Stage, John's first DVD collection in many years. Whether you are a longtime fan of John Guastaferro or whether this is your introduction to his work, Center Stage is the definitive way to study John's unique approach.

This is a collection of fourteen routines and moves, but there are also fourteen lessons embedded in each effect if you watch very carefully. Many of these routines are captured on video for the first time, and others contain important updates from the originally-published handlings.

In particular, the emphasis in this collection-which is filmed live at The Session in the UK-is on close-up and parlor card magic. In addition, we have included an intimate interview with John covering all aspects of his intelligent, relatable approach to creating strong magic. If you want to take your magic to the next level, and add layers of polish, mystery, and meaning, jump into Center Stage.

Lost and Found – This is John's signature routine where a signed card vanishes from a clear sleeve, then reappears inside. Learn all the one-degree improvements that make this effect more powerful than ever.

Gemini Squared - Four business cards placed in the deck by your participants end up predicting the outcome ... followed by an ending that no one sees coming. This new version of John's "Gemini Prediction" is now nearly self-working.

Ballet Cut - The Ballet Cut is a graceful flourish and in-the-hands false cut that is sure to become a standard move in your work. Learn the finer points plus visual card revelation featuring the Ballet Cut.

Zen Bend & Ring on Straw - This impromptu bending straw is easy, fun and visual. Continue the routine by making a ring appear and penetrate the straw.

Assembly Line - This four-card assembly engages four people as the Jacks make their way into one person's hands. It's perfect for both close up and stage.

Multimental - In this unique approach to the multiple revelation effect, the magician reads the minds of seven people-then produces each of the cards in a different way. The routine has caught the eye of magicians worldwide.

Invisible Opener - Imagination becomes reality as invisible items appear from nowhere, including poker chips, cards and rubber bands. The perfect way to introduce all your props.

GPS - A card with a compass drawn on it helps find the spectator's card, then ends up being the signed card.

Biddless - Using one devious move derived from John Bannon's Bullet Catcher, you cause a selection to jump from a packet of five cards to the deck. John's take on Elmer Biddle's classic Transcendent is sure to become standard for every strolling performer.

Ace Case - The Aces travel to the box in different ways in one of the finest card-to-box themed routines around.

Intro-Verted - Four Aces appear one at a time in visually stunning ways. Also learn the technicolor version from One Degree.

Little White Lies - Predict which of the four Queens your participant will turn over, then show that the trick never happened. Learn the fooling principle behind it, plus how to make John's Picture Perfect Wallet.

Flip Side - A selected card vanishes and reappears upside down at a number named by the spectator.