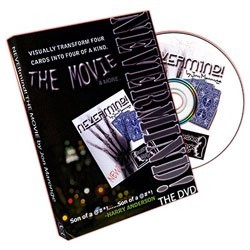 This is the DVD that teaches the NEVERmind! System.