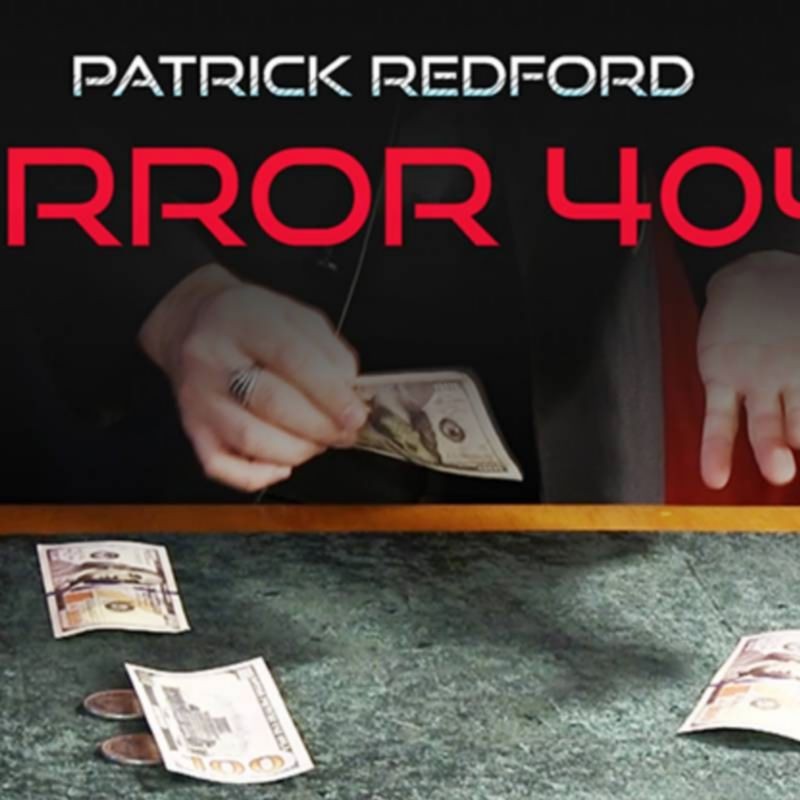 CALLING ALL COIN MAGICIANS! ERROR 404 Will Blow Your Mind!

ERROR 404 is Patrick Redford's signature four-phase coin Matrix routine that uses nothing but four coins and four bills. I could tell you about it or you could just check out the video!

Phase One: Four bills are shown front and back and dealt to the table in a row. Moments later, a coin appears under each of the bills.

Phase Two: A flash Matrix where four coins are covered by a bill, only to vanish from under three and appear instantly collected together under one bill.

Phase Four: Lastly, the four coins are covered by the four bills one last time, only to completely vanish and leave no trace of ever having been but a memory.

In this video download, you'll learn multiple methods to perform each phase of this effect using both gaffed and non-gaffed coins. The emphasis of this teaching video is using nothing but four silver dollar coins and four bills and sleight of hand skill to create the magic. We also teach how to add certain gaffed coins to this routine to make some the execution of the routine even easier. This is Error 404.

Download the video and begin learning this amazing routine!