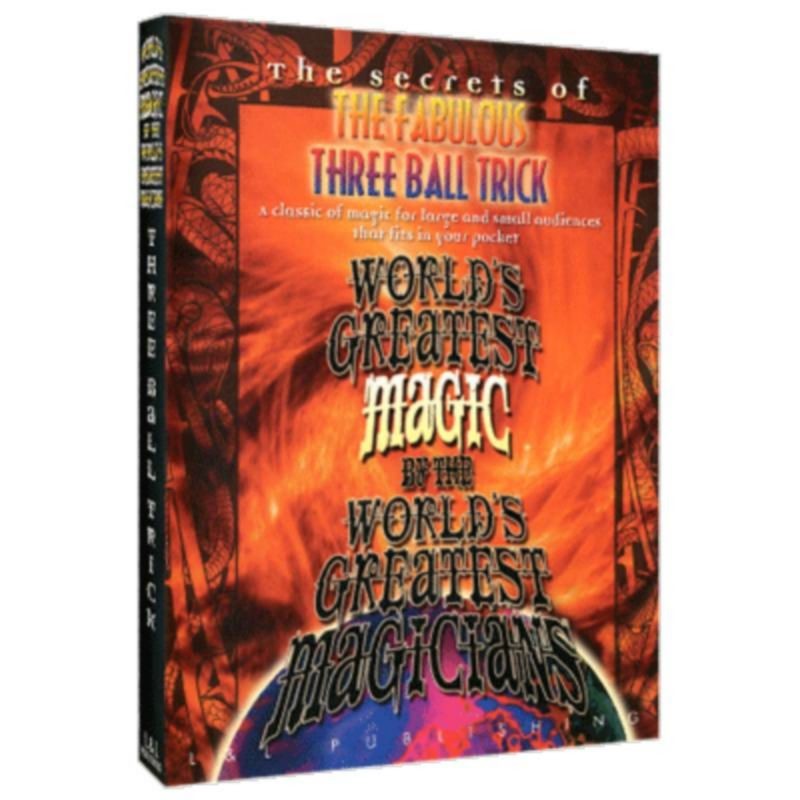 The Cups and Balls are commonly thought to be the world's oldest trick but, as Johnny Thompson theorizes, perhaps there was one before it just called "The Ball

The Cups and Balls are commonly thought to be the world's oldest trick but, as Johnny Thompson theorizes, perhaps there was one before it just called "The Ball Trick." Certainly, many of magic's legendary names, including Silent Mora, Tenkai, Dai Vernon, John Scarne, Oscar Pladic and others, thought enough of this simple yet baffling plot - three small balls travel from one hand to the other - to put their own individual stamp on it.

On this volume, you'll meet five masters of this celebrated trick and one grandmaster whose work on this plot catapulted it into the rarified air of classic magic effect. Johnny Thompson begins with the classic version made famous by Silent Mora and Fernando Keops follows with Dai Vernon's archetypal method. Gary Ouellet, adding some Slydini-esque touches, demonstrates and teaches a beautifully choreographed routine while Flip offers a whimsical interpretation using aluminum foil balls. Johnny Thompson offers his interpretation of the Dai Vernon routine which serves as the perfect introduction to the Professor himself. Steve Freeman performs the Vernon routine as Gary Ouellet, Michael Ammar and Vernon himself offer invaluable insights into the history and psychology of the Three Ball Trick. Finally, David Roth performs and teaches a variation of the trick that offers some groundbreaking moves to streamline this masterpiece of close-up magic.

The Three Ball Trick is a routine that can play for large and small audiences and can be done virtually impromptu. It's inarguably one of magic's classic effects - and you'll find no better teaching resource to learn this routine properly.