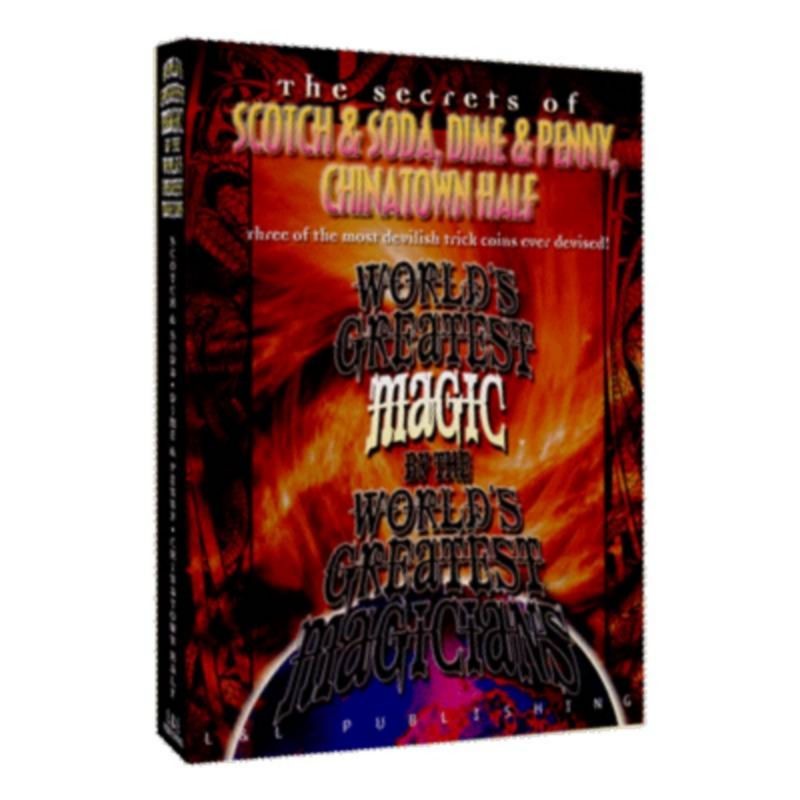 This volume features three more ingenious gimmicked coins and the miracles that can be accomplished with them. David Roth begins by demonstrating and teaching o

This volume features three more ingenious gimmicked coins and the miracles that can be accomplished with them. David Roth begins by demonstrating and teaching one of the most popular gimmicked coin effects ever created, Scotch and Soda, and you'll learn the proper way to handle the coin set to maximize its impact. Paul Diamond adds his own important touches (including some very important handling details about loading the coin) and a completely different routine. The standard Dime and Penny set is up next and David Roth performs and teaches an incredibly strong, basic routine. Jeff Sheridan combines two classic effects utilizing the Dime and Penny set by first visually changing a penny into a dime and then passing the dime straight through a solid object. Garrett Thomas brings the Dime and Penny into the 21st century as he magically removes a dime from the middle of a stack of pennies while it's in the spectator's hand! Finally, David Roth teaches two routines with the Chinatown Half. The first combines this clever gaffed coin with some basic sleight of hand in a multi-phased routine that enables the performer to begin and end clean. The second routine is a great basic routine that is virtually self-working yet will enable you to perform a jaw-dropping transposition of two coins while one of them is in a closed envelope.

Scotch and Soda, the Dime and Penny and the Chinatown Half are truly devilish gaffed coin tricks and if you've invested in any or all of them, you owe it to yourself to learn the best way to use them - and what better way than to learn from some of the best magicians in the world!