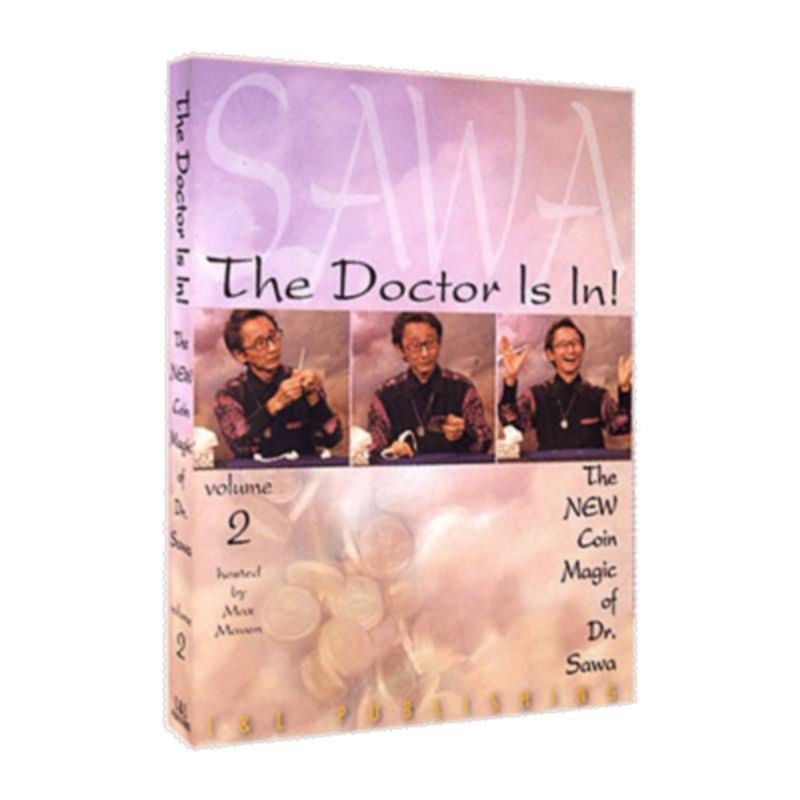 The Doctor Is In - The New Coin Magic of Dr. Sawa Vol 2 video DOWNLOAD

The Professor, Dai Vernon, summed up Dr. Sawa this way: "One of the most creative magicians I have ever known. As the saying goes, you have to see it to believe

The Professor, Dai Vernon, summed up Dr. Sawa this way:

"One of the most creative magicians I have ever known. As the saying goes, you have to see it to believe it-and even then, you won't!" Find out why.

When Dr. Sawa burst onto the magic scene back in the 1970s, he caused an international sensation. His work with paper, seashells, ropes and especially coins, was simultaneously whimsical and astonishing. Some years ago, for private reasons, Dr. Sawa vanished from the magic world. Happily, he has resurfaced-his enthusiasm for magic not only renewed, but actually increased.

1. Gold: Three over sized copper Belgian coins are used. The first becomes gold, then the second. The third becomes silver, and then becomes gold!
2. Maple: Using a deviously simple method, a large silver Canadian coin suddenly develops color, and yet only one coin is used.
3. The Locked Room: A beautiful penetration of a coin into an inverted wineglass, followed by a penetration through a dinner plate, with a bonus surprise at the finish.
4. Pin Point: A coin with a hole through its center is fastened onto a large safety pin. The coin jumps from one rung to the other, so that now it can't be removed-an "impossible object" that can be thoroughly examined.
5. Cushion Impossible: A ballpoint pen is pushed through two half-dollars, causing visible holes to appear, then vanish. Finally, the two coins change into Chinese coins with the holes returned!
6. Lincoln's Paper Weight: Three pennies are pushed inside a solid block of transparent acrylic. They're really inside! The coins are pressed deeper, then all the way through, leaving the block unharmed.
7. Goat: A Sawa classic updated. Twisted tissue is used to create a "goat" that eats paper balls. When fed paper currency, the goat coughs up change!
8. Bermuda Triangle: An exotic presentation wherein coins pass through a table, with an extraordinary unexpected ending.