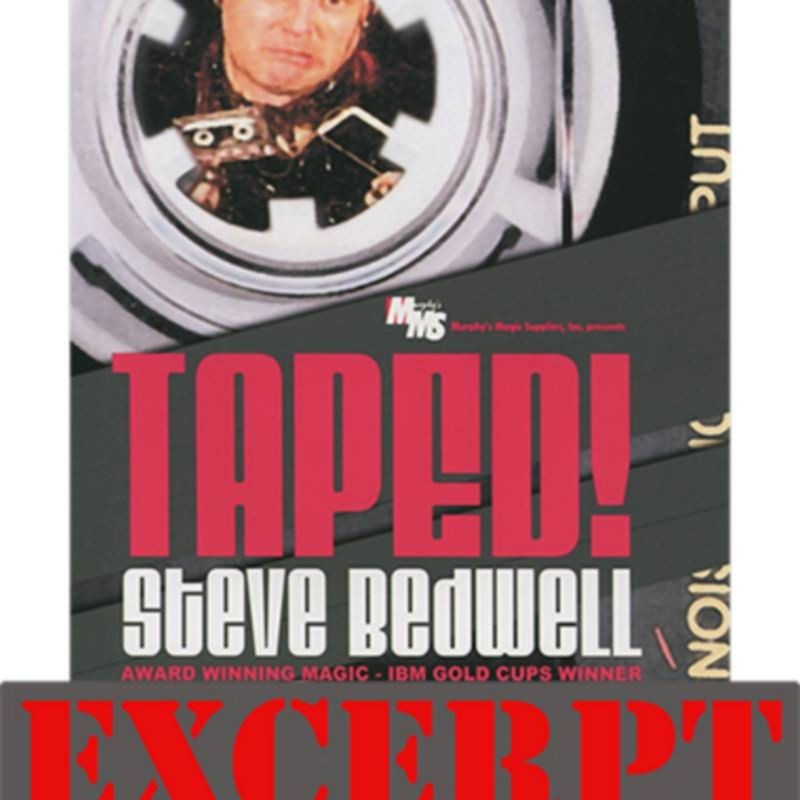 At A Loose End video DOWNLOAD (Excerpt of Taped!) by Steve Bedwell

No one saw him coming...In 1994, England's Steve Bedwell made the trip to Orlando, Florida to compete in the Close-Up competition. When the dust settled, not on

No one saw him coming...

In 1994, England's Steve Bedwell made the trip to Orlando, Florida to compete in the Close-Up competition. When the dust settled, not only had Steve won First Place, but his act was so highly regarded that the judges awarded him the coveted Gold Cups, an honor bestowed on only a very select few in the history of magic.

On Steve Bedwell - TAPED! you will witness the very act Steve used to win the Gold Cups - The Walkman Act! You will also see a hilarious, 20-minute set showcasing Steve's hottest magical effects.

At A Loose End - Steve's killer, 3-phase rope routine. The highlight of Steve's lectures, this routine is original and totally baffling!

"It Doesn't Matter" Estimation Aces - This variation of Marlo's classic ace cutting routine takes the danger and effort out of finding all four aces.

Parked Card! - A signed selection magically travels from the deck to the top of the card case - right under the audience's nose - TWICE! The third time the selection ends up folded inside the card case! Unbelievable!

Cloudburst Catch - A selected card is lost in the deck. The deck is sprung into the air and the selection is snatched from mid-air! Great, visual magic!

The Dribble Toss Control - A control of a selected card that is truly amazing and absolutely convincing. It totally fried Larry Jennings!


Convincing Fold - A method of secretly controlling and folding a selection under totally natural actions.

The Walkman Act! - (performance only) A live performance of the act that won Steve the coveted IBM Gold Cups. Hilarious and magical.