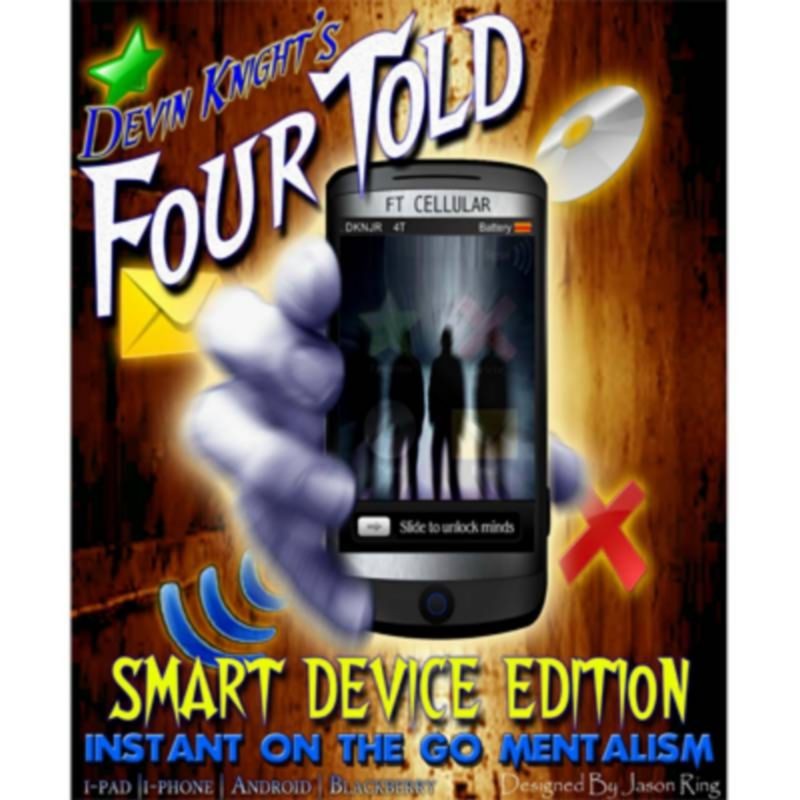 Devin Knight has created another hit with Four Told 2 the modern symbol edition. This is mind reading at its best, and allows you to read four minds at once. Th

Devin Knight has created another hit with Four Told 2 the modern symbol edition. This is mind reading at its best, and allows you to read four minds at once. This new improved version is better and has a streamlined method that requires NO secret adding of numbers.

It does away with the pad and uses just a few index cards, which are handed to the participants as predictions. It does away with old fashion ESP symbols and takes the effect into the 21st century by using modern up to date symbols. Two different presentations for both stage and close-up are included in this new release.

The performer shows a large 8.5 x 11 chart consisting of five icon symbols found on most computers and smart phones such as music, e-mail, favorites, etc. Four or more random spectators are shown the large chart. The participants write nothing down, they just think of a symbol. There are no restrictions. Each person could be thinking of a different symbol, or they all could be thinking of the same symbol. With five different possibilities, the odds stack up quickly against the performer. The participants do not share their thoughts with each other. Since these are all common computer/phone symbols that they see almost daily there are no suspicions at all. This is as clean as it gets!

The performer does not ask any questions. The participants say nothing; they just close their eyes and think.

For a stunning climax, the performer points to several people in the audience and asks if they were also thinking of a symbol. With no questions or fishing, the performer then reveals the symbols just thought of by members of the audience!

NO STOOGES - NO DUAL REALITIES - NO QUESTIONS- JUST POWERFUL MAGIC

Now you can take Four Told 2 to the streets utilizing the power of your smart phone. Imagine walking up to a group of total strangers and pulling out your phone to perform a mentalism effect using the common icon symbols everyone is familiar with. You can easily do this with any iPad, iPhone, Android, or Blackberry device. Included JPEG file that you can load onto your smart phone either by a USB port or e-mailing it to your phone. This is NOT AN APP, so it works with most any smart phone device.

All this is done without any pre-show work of any kind! This version is comfortable for all, as it uses non-threatening symbols and shapes. Packs flat, and is sure to be a staple for the stage, strolling or street mentalist. Remember, all the participants are given a prediction index card after the second call. There is no one-ahead or secret writing. The participants do not reveal their thought-of symbol UNTIL AFTER the index cards have been given to all of them! Baffling beyond words and as close to real mind reading as you will get.

Four Told 2 comes with an 8.5" x 11" chart that you print out on card stock consisting of modern symbols, a 20 page instruction manual, plus a special JPEG file that allows you to put this effect onto your smart phone for close-up and street magic. 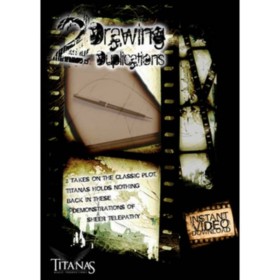 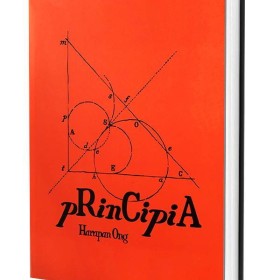 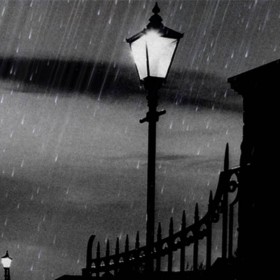 The Jack the Ripper Séance by Paul Voodini eBook DOWNLOAD 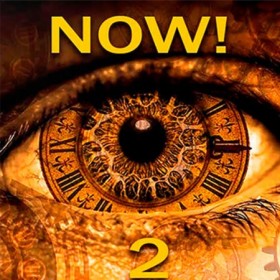 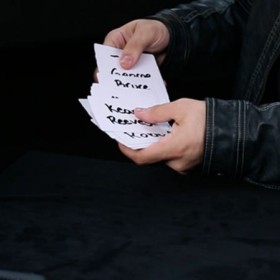