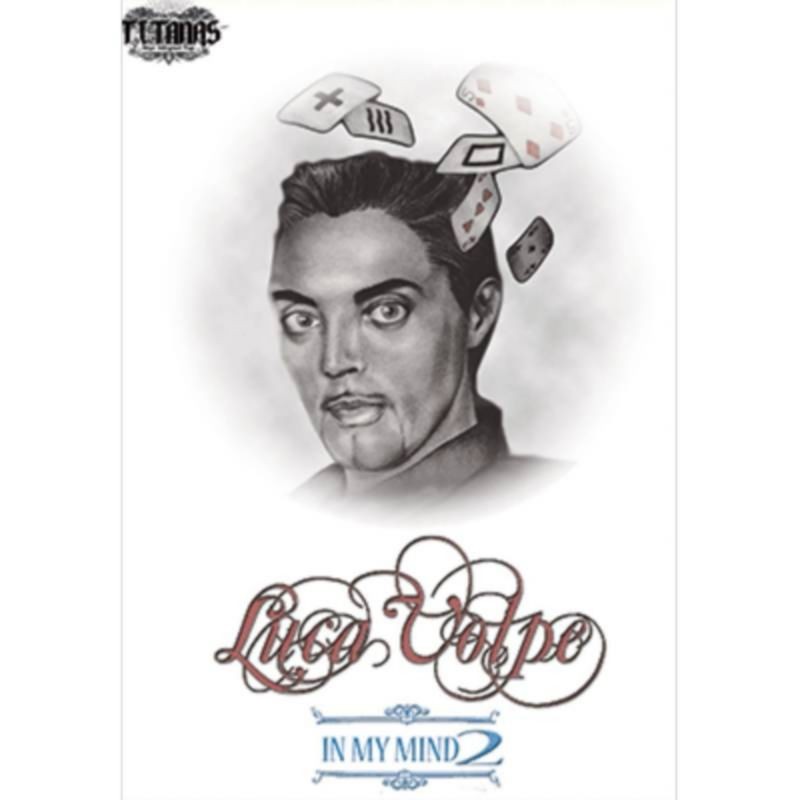 In My Mind 2 by Luca Volpe and Titanas video DOWNLOAD

After the success of IN MY MIND, Luca Volpe has returned with more fascinating routines from his professional repertoire! IN MY MIND 2 is a collection of stage

After the success of IN MY MIND, Luca Volpe has returned with more fascinating routines from his professional repertoire! IN MY MIND 2 is a collection of stage and close-up mentalism routines which have been performed and tested on audiences all around the world!

All routines are 100% commercial and easy to perform, blending new and old methods, thus creating "entertaining experiences" that the audience will never forget! What you will find here is not "magic for magicians" but real working routines for the "real world performer"! Routines:

White Memory
A card routine in which the spectator will be able to "erase" the memory of his freely chosen card! A great memento that he will keep forever.

The Lucky Envelopes
The perfect intro for your mentalism show. Very entertaining and straight to the point!

Double Coincidence
A simple and "devilish" principle in which two spectators find that they have chosen the same card from two decks that have been shuffled, by themselves, under the table.

The Two Drawings
A revisitation of an old principle which has now been used in order to create an entertaining routine of "perfect match"!

Just One Chance
An impromptu "open prediction" card routine with new technique and handling that gives you the chance to create a little miracle! The subtle handling can also be adapted for forcing a card, for routines such as any card at any number and many others.

The Key of Fate
This stage routine has been kept a secret for many years, fooling many well-known magicians! It is a blend of chair test routine, 7 keys to Baldpate, multiple predictions and much more. A very entertaining routine which alone is worth 10 times more than the value of the entire download! The perfect closing act for your show.

And as a bonus you will receive the MIND CARD, a tool that will allow you to perform a 20 minute show straight for your wallet! An instructions pdf is included with the file.