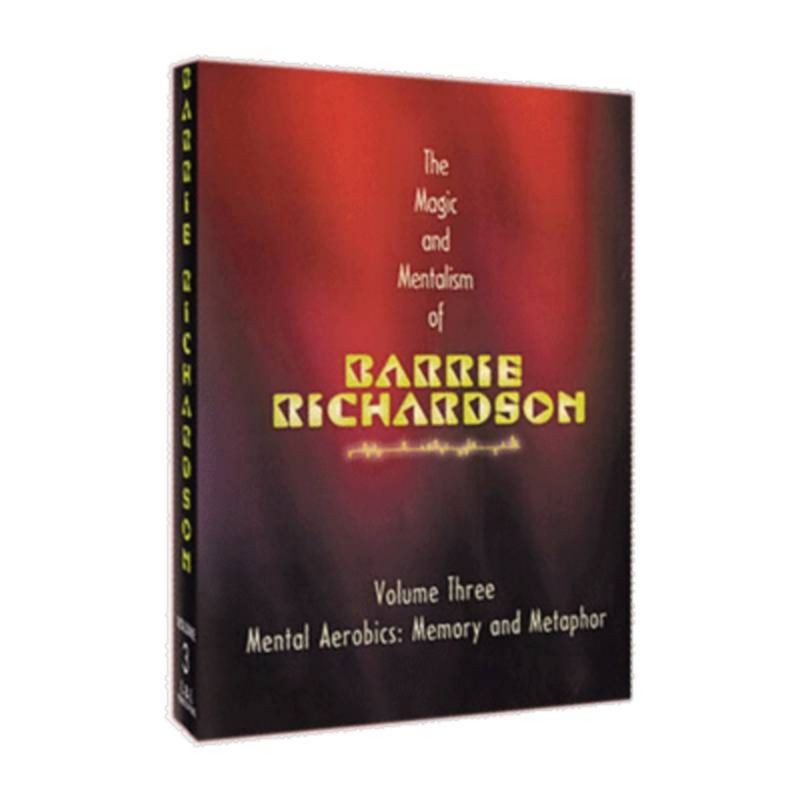 VOLUME THREE - MENTAL AEROBICS: MEMORY AND METAPHOR Quartet - Playing cards are fairly shuffled by a spectator and yet, when the cards are distributed to four p

Quartet - Playing cards are fairly shuffled by a spectator and yet, when the cards are distributed to four participants, the performer reveals them with stunning speed and inerrancy. This is an extremely commercial effect that looks and feels like a genuine demonstration of extraordinary memory power.

Zebras and The Magic Square - A magic square routine that serves as a metaphor for how people too readily accept an easy answer while discounting other options. The audience interaction makes this demonstration a lively and memorable experience with none of the participants likely to ever forget what not seeing a zebra means.

The Human Movie Projector - The performer demonstrates an uncanny mental ability by memorizing 46 playing cards from a fairly mixed deck. The audience is helped to realize their own potential as they are able to correctly remember the order of the other six cards.

The Suspended Rice Jar Metaphor - While weaving a tale of the ancient Chinese priestesses, the performer suspends a large jar of rice with just a single thin chop stick. No magnets, wires, or gimmicks - just magic!

Sun and Moon Memories - A routine that utilizes concepts with far-reaching applications for mystery workers, the performer demonstrates how words, numbers, and pictures can be communicated, not by mind reading, but by using just the power of touch.

The Memorized Time Magazine - A current issue of Time is torn in half and the pages distributed to members of the audience. Any page number is called out and the performer immediately is able to reveal the contents on the selected page, including detailed descriptions of the articles, in addition to intricate details such as phone and credit card numbers. No electronics are used in this dramatic demonstration of the creative powers inherent in everyone's mind. This one's a true audience pleaser!