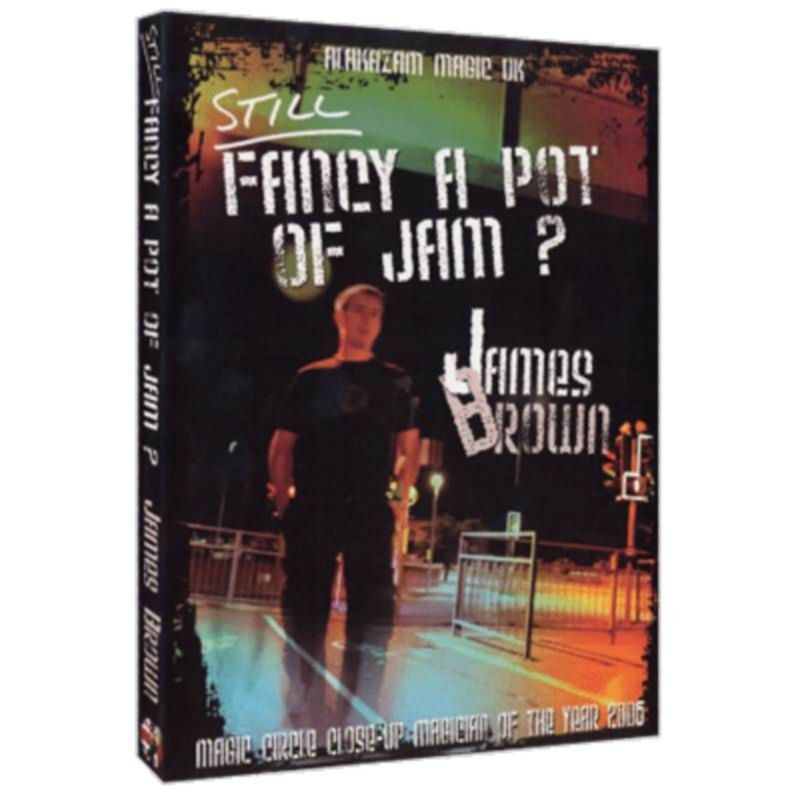 Below are just a few of the eye popping routines that have helped earn James a very good living and the coveted title of "Magic Circle Close Up Magician of the Year 2006!"

It's now time to take your performance to the next level

Brainless Travellers - The routine James wanted to keep to himself! Two piles of ten cards...the spectator merely THINKS of a card from one of the piles...it immediately vanishes from this pile...only nine remain...the second pile is counted...there are eleven...the thought of card is shown to have travelled across...But Wait... another spectator thought of a different card...NO PROBLEM! With just a click of the fingers and without even touching the piles... the piles are counted (by the spectators) and one pile now contains only eight cards and the other twelve! The second card has now travelled across!

Now get this no gimmicked cards, no setup and the best part it can all be done with a borrowed deck!

Psychological Deck Vanish - The ultimate solution to the "Show me a trick!" request that will blow them away! The deck vanishes from between yours and the spectator's hands, leaving nothing but their previously thought of card!

Card Under Box - The classic effect with some great new twists! See James perform this in all the "wrong" situations and successfully blow people away! Repeat card under box, deck under box & optional vanish! This is a great lesson in misdirection as James proves that with the right thinking, you CAN do this anywhere! Card Under Watch - This one gets people talking! When a spectator finds their signed card folded & wedged snugly under their watch, they literally freak out! James has routined this in such a way that the spectator's will NEVER be able to backtrack the load. A fantastic lesson in time misdirection!

Fancy a Pot of Jam? - Pitching & loading for the real world! This effect takes a simple coin trick and gives it an ending that is so surreal that it will be remembered for a very long time! James begins with "The World Famous 11p Trick" & ends it with a mind blowing production of a pot of jam.

Cards Opener - A brilliant routine combining the best elements of card Magic, to create an action packed showpiece that is ideal to begin your set with. Cards to pocket, card changes and a deck vanish make this something to really show you mean business when you have a deck of cards!