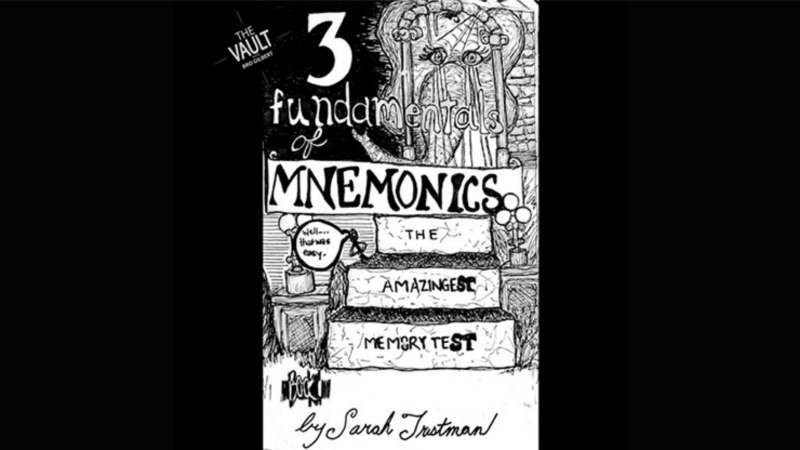 "What Sarah has done with the Memory Test is astounding. Her updates and use of visuals is a refreshing take on how to do this seemingly difficult test very easily. Most notably, is her use of use of designated actions. It's a game changer"- Brent Braun "Sarah was a guest on our show Joe and Scott's Trivia. I had not one but TWO lists prepared to test her with. Firstly I couldn't believe how quic'

"What Sarah has done with the Memory Test is astounding. Her updates and use of visuals is a refreshing take on how to do this seemingly difficult test very easily. Most notably, is her use of use of designated actions. It's a game changer"- Brent Braun "Sarah was a guest on our show Joe and Scott's Trivia. I had not one but TWO lists prepared to test her with. Firstly I couldn't believe how quickly she said "I've got that in my memory." Secondly Sarah could name the word from both lists even at the end of the show with no hesitation. Months later I tested her again on the list and to my amazement Sarah recalled the word at the number I had called out. This is truly a remarkable way of improving your memory."- Joseph Mcgrail-Bateup "Sarah Trustman's new release gives me hope for my memory, and if she can do THAT, there's no telling what else she'll be able to accomplish!"- Eric Stevens "Though I have only known Sarah Trustman for a few months, I have spent each week meeting with her along with a team of other creative performers, three times a week, for as long as three hours per session, ever since we met. Sarah has 'heart.' As a performer, teacher or speaker, she is an excellent communicator- fearless, clever, quirky, and thoughtful, as well as truly committed to her own creative-self. It is now no surprise to me that she can amazingly bring those same gifts to the pages of this work that you now hold."- Alain Nu, "The Man Who Knows" "It was exciting to me that he remembered so many things, and was able to correlate them and retain them for so long a period. I never thought he could do that. It was amazing to see."- Bob Fitch after watching one of Sarah's Masterclass students perform the AMT for the first time with no practice and minimal study. In a nutshell: The performer is given a list of random objects which they memorize at lightning speed. Then, with no hesitation, they call back the items in the list, but in any order dictated by the audience. For example, if given 13 they know what object was listed at number 13. Numbers are given at random. With each, the performer knows the item there listed. Once all numbers but a few are called out and accounted for, the performer lists the numbers and items that have not yet been recalled.* The Amazingest Memory Test is by far the easiest memory routine to perform. It is versatile, quick to learn, requires no props, no set up, and can be performed in any scenario. Sarah Trustman doesn't just teach The Amazingest Memory Test, she teaches you how to perform the Amazingest Memory Test, and, most importantly, how to make that performance your own, whether as a straightforward memory routine or under the delightful guises of magic and mentalism. For decades variations of this routine have been a staple for magicians and mentalists, however the mnemonics (memory methods) used have been numerous, varied, and complicated, and therefore often overlooked. Until now. Sarah Trustman is artist, speaker, author, creator, and one of the world's foremost experts on memory (a mnemonist). Co-creator of the best-selling series, "The Memory Arts," this multi-talented, tenacious artist has recognized since childhood that the world is easier to understand in images. Seven years ago, she began performing her unique combination of Corinda's "Amazing Memory Test" and Al Baker's "Phenomenal Memory" routines, and this download is the cumulation of those years of thought, study, and performance. The Amazingest Memory Test introduces over 30 new vivid watercolor images, designed and painted by Sarah Trustman to be almost impossible to forget. Using these images, you pick and choose to create the memory path (mnemonic key) that works for you. Simply by reading the download and looking at the images, you will be able to instantaneously memorize lists of anything you choose. It is that easy. Every performer, every person, should have this skill in their arsenal. It is too easy and too amazing and too valuable not to. *There are many ways to disguise the Amazingest Memory Test discussed in detail in this work, so this description is a skeletal view of the routine if performed as a straightforward feat of memory.