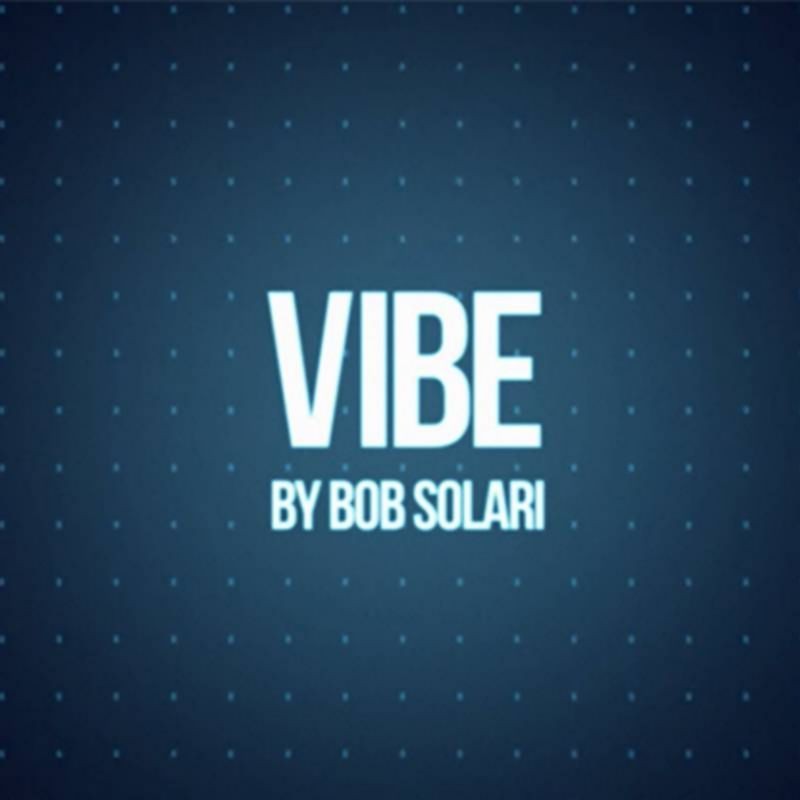 The Jersey Devil Bob Solari is at it again. With his latest project VIBE, Solari gives YOU a chance to offer a set of real miracles to your audience. Utilizing

The Jersey Devil Bob Solari is at it again. With his latest project VIBE, Solari gives YOU a chance to offer a set of real miracles to your audience. Utilizing a very under used technique, you will be able to perform a huge array of modern miracles, without using ANY sleight of hand!

Out of this galaxy
A deck can be fairly shuffled and turned face up and spread on the table. The magician says he is able to memorize the entire deck in SECONDS! to prove it he turns the cards face down and deals them into two piles. When he turns the piles face up, he has dealt all the red cards in one pile and all the black in another!

Got The vibe
A card is freely selected and lost in the deck. The spectator can shuffle and cut the deck, proving the card is legitimately lost. The magicians asks the spectator to concentrate on their card as the magician deals through the cards. When the magician feels a vibe from the spectator, he stops dealing and turns the card he stopped on over.....and its THE RIGHT CARD!

4 Of Any Kind
Imagine removing the four kings (or any other 4 of a kind), having the spectator lose the four kings into the deck and shuffle. The magician is able to deal through the cards and find all four Kings with NO SLEIGHT OF HAND!!!!! It can't be more fair!

Remember, all the tricks are:
COMPLETELY SELF WORKING!
EASY TO PERFORM!
NO SKILL REQUIRED!
EASILY ADAPTABLE TO ROUTINES YOU'RE ALREADY DOING!