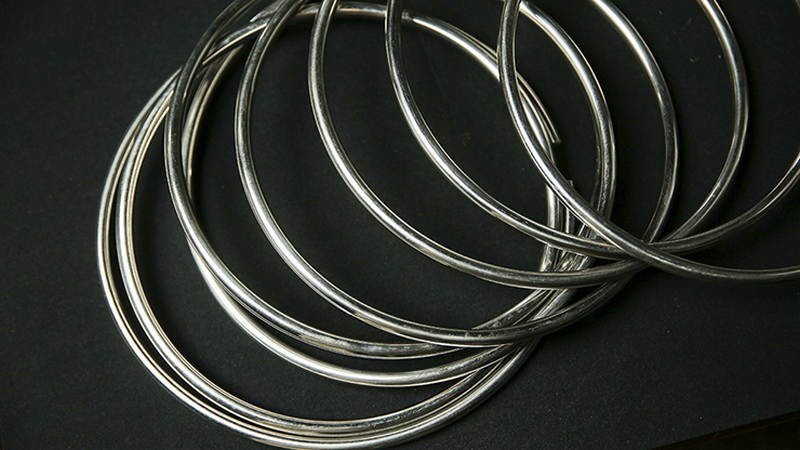 Working with Michael Ammar, we are proud to announce our New Project, the Deluxe Linking Rings.

Michael Ammar is recognized as one of the greatest living magicians and one of the most influential magicians of our time. It's our honor to collaborate with such a Master.

In all of magic, no classic is more versatile than the Linking Rings.

It can be performed with as few as 2 rings, or as many as 14. It can be performed for 2 people in a restaurant, for a large crowd on the street, or an audience in any theater. The Linking Rings are loved equally by children or adults, and a performance could be silent or with patter, with or without a volunteer, and either dramatic or with comedy.

Even the sounds created by the Linking Rings can become part of the theatrical experience. When performed silently, as was done by Richard Ross, each contact between the rings punctuates the magic, while confirming the solidity of the rings. Or their sound can arrest an audience, as the rings announce themselves throughout the crowded hall of a trade show floor.

Through numerous consultations and back and forth with Mr. Ammar for the past 12 months, we have produced what we believe will be the go-to set of Linking Rings going forward.

Every aspect of the Rings, from the diameter, thickness, weight, sound, even down to the carrying bag, has been meticulously thought out.

For those that have our TCC Close-up linking Rings sets  https://tiendamagia.com/en/jolisearch?s=aros+chinos+tcc, you know that the welds on those sets are almost invisible. The welds on the TCC Deluxe Linking Rings are durable yet practically invisible. The color and finish on these rings also will not chip and will last a long time.

Mr. Ammar was also gracious enough to include, for the first time ever, an online tutorial video of his personal linking ring routine.

We have selected the largest, most visible diameter for these rings that would allow for the proper display when all the rings are linked. Too small and the effect plays in a different way; too large and the chain would look cumbersome. Keep in mind - the diameter of the rings isn't what affects the impossibility of the links or unlinks; it is the circumference of the rings that affect the perception of the impossibility of the penetrations.

That's why we choose the circumference we did for our rings. These may be the 'fattest' you can practically make rings that will still appear to be linked when held together. If the rings are too fat, the illusion they are linked while just held together doesn't hold up as well. So we chose the circumference of these rings for specific theatrical and magical reasons. Maximum visibility while still allowing for optical discrepancies.

The Weight and Sound

Finally, the rings themselves are hollow. Not just for practicality; but to create the best possible ringing sound when linked, unlinked, or spun inside each other. It's a beautiful tone that really sings when a ring, with its highly polished finish, spins freely inside another ring.

The deluxe leather bag was designed for the professional to be used not just to carry the rings, but to allow the rings to be accessible onstage without revealing themselves, and a secure place to stash them once used. Every time you perform you"l be happy to know this classic effect will be easy to go into, and easy to come out of while in full view of the audience.

Almost 40 years ago I began to study magic with the Professor, Dai Vernon. While we discussed many things over the years, there were 2 things, in particular, I wanted to learn about - the Cups and Balls and the Linking Rings. All things considered, these are probably the 2 greatest classics in the world of magic, and I wanted to learn as much about them as possible from the greatest living source of magic knowledge. The Linking Rings is a particularly fascinating topic because there are so many variations possible - even though the props are simply metal rings. In reality, every possible detail in the manufacturing of the rings can play an important role in the magic. While there have been many sets of Rings produced over the years for magicians, no one had ever reverse-engineered the rings to create a design that would maximize all of their magical potential during a performance. Now, for the first time, TCC has agreed to do just that. Just imagine, how would you design a set of Rings if you had total control over everything? And what if everything mattered? You would put a lot of thought into the exact diameter of the rings, the metal they were made from, the type of finish applied, the circumference of the rings, and even the sound produced when 2 rings strike against each other. We assumed there would be a 'best' combination of these features, and we strove to create that specific combination in our Deluxe Linking Rings. Then we designed a leather bag that doesn't just carry your Rings from show to show - it allows you to keep them out of sight until you are ready to perform and gives you a place to secure them away from spying eyes when you are done with them. It has always been my dream to own a set of Rings with all the details we've put into these rings, but it wasn't until I met with TCC that my dream could become a reality. This means the Deluxe Linking Rings will be the highest possible quality, while still being among the most affordable sets of Rings available to magicians anywhere!
- Michael Ammar, 2020. 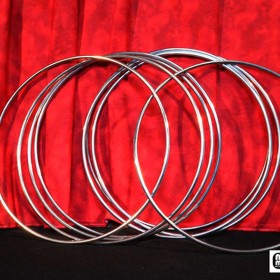 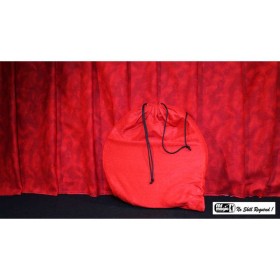 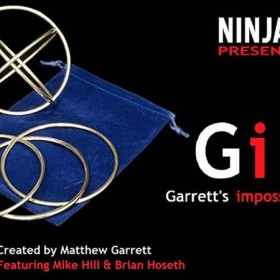 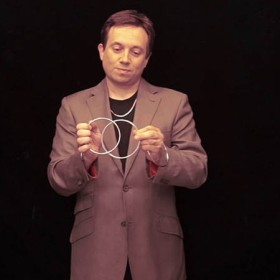 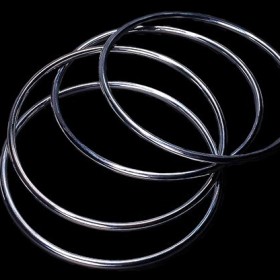 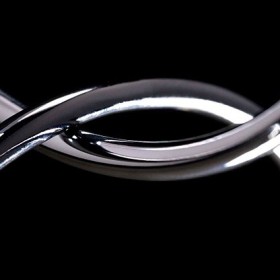 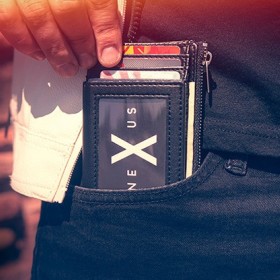 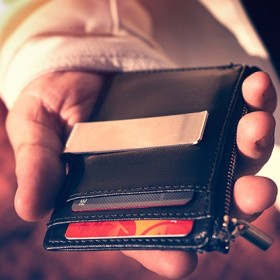