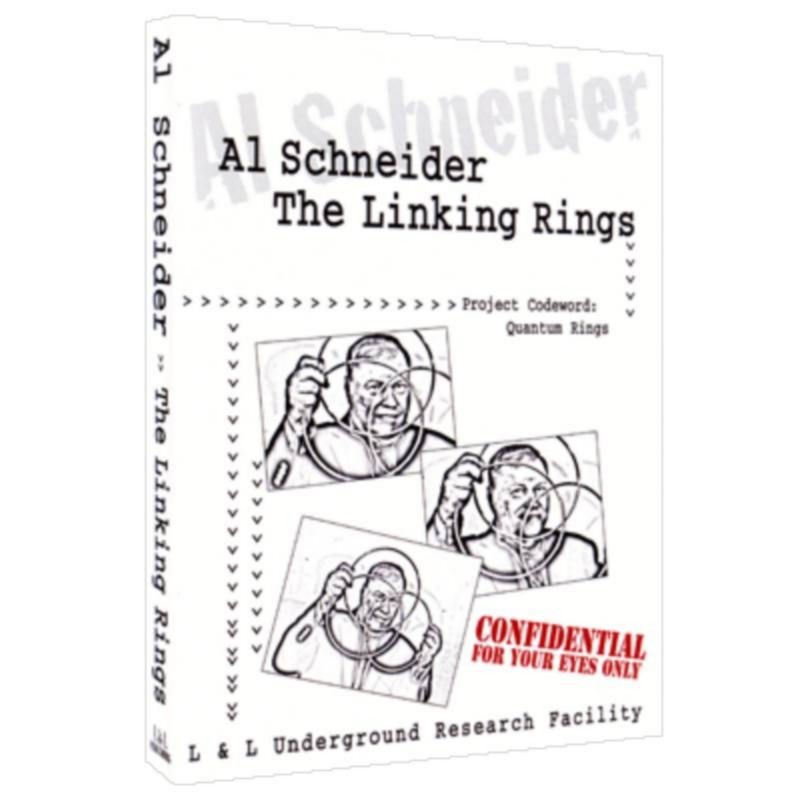 Project Codeword: Quantum RingsFrom the L&L Underground Research Facility The goal for these experiments was to push the envelope of existing Linking Rings

From the L&L Underground Research Facility

The goal for these experiments was to push the envelope of existing Linking Rings technology far beyond its normal limits. We believe these goals have been realized in the Quantum Rings project.

You'll find two Linking Ring routines demonstrated and explained on this video. The first utilizes five rings and is a shorter routine suitable for use in a parlor shows or as an opener for a larger stand-up show. The other is a six-ring routine intended to be a featured item in a very formal stage show. This routine utilizes several people from the audience to come up on stage and assist the magician.

Both of these routines serve to introduce several new bold and original ring concepts. The first is a five-ring false count that, while fairly easy to do, really appears as if you are fairly counting five separate rings. The other concept is a keyless ring routine. In the six-ring routine, the performer links the rings and gives them to audience helpers to examine. Please keep in mind that the helpers have all the rings and each and every one of them is completely solid. This is accomplished by clever switching, creating the appearance that single rings are linked together.

Besides these revolutionary new Linking Ring moves, here's what else is contained in this confidential file:

Solo Linking Rings - This is the standard Al Schneider ring routine as featured in his book, Al Schneider Magic, but with the addition of the new five-ring count. In addition, a few extra subtleties are added to the routine to make it that much more impressive.

Full Stage Linking Rings - This routine opens in a dramatic way as the magician removes a sphere consisting of three rings from a large box with a flame - yes, a flame - burning in its center. The routine consists of three phases and the first is manipulation of the three rings. In the second phase, an audience member is brought up as three other rings are taken from the box. The performer links these rings together and has the rings examined carefully by his spectator assistant. It's important to note that during this phase, the audience member has all of the rings and every one is found to be solid! Then, in the final phase, the rings continue to link and unlink in mysterious ways until, finally, they are shown to be all separate once again.