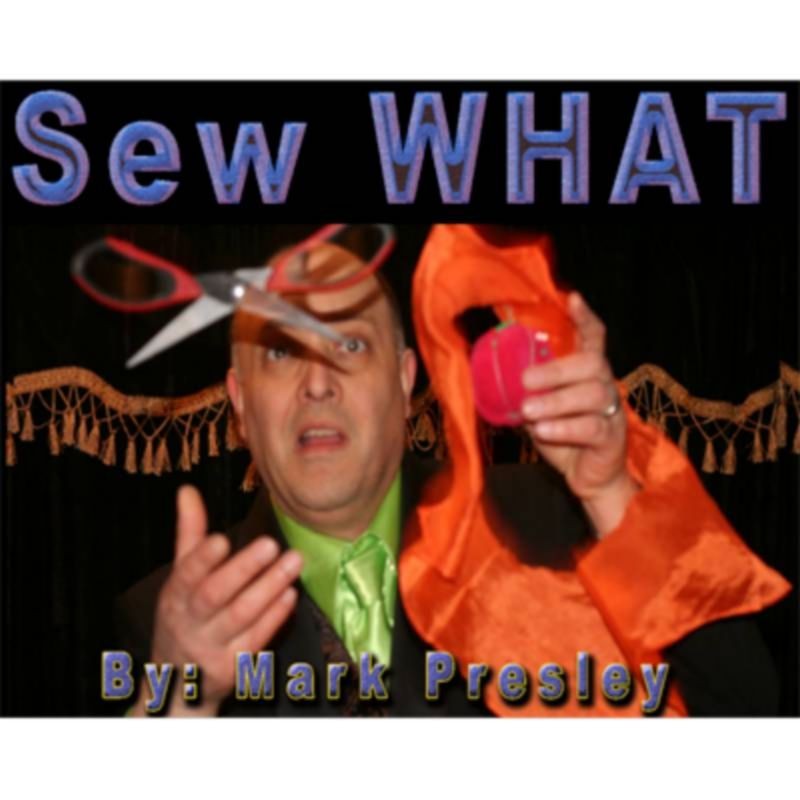 The magician, after sewing with the invisible thread, tosses the bundled up handkerchief high into the air and as it unravels, it slowly floats downward fully restored. There are NO HOLES WHATSOEVER! It looks visually untouched, clean, and appears impossible that only moments ago, it was a handkerchief with a large hole in it. The audience will be amazed and doubters will become believers in MAGIC.

"Sew WHAT?" - GREAT FOR STAGE AND CLOSE-UP MAGIC

Why did I create "Sew WHAT?"

I created this effect because of the many cut and restored handkerchiefs I've seen used by other magicians. Gimmicks such as the Thumb-Tip, Dye Tube, Hold Out, or even hidden pockets. I tried using those effects but I felt it just wasn't clean enough for me. I wanted to eliminate any bulkiness or anything that would cause getting caught up or malfunctioning all together. I wanted to just have a clean looking effect.

After practicing and putting some ideas together, I came up with "Sew WHAT?" I created it on January 2nd, 2013 and want to share my knowledge and expertise with those in the magic community.

I hope you enjoy performing "Sew WHAT?"

WARNING!
These instructions are for the basic presentation for the "Sew WHAT" effect. "Sew WHAT" should not be operated by children under the age of 10 yrs old without the supervision of an adult. "Sew WHAT" may contain small, sharp objects that might cause harm, get cut and or create a choking hazard if swallowed.
"Sew WHAT" may require using scissors , needles and pins.
DO NOT LEAVE SMALL PARTS AROUND YOUNG CHILDREN.
Mark Presley and Imaginator Magic will now be held responsible for any harm done with the "Sew WHAT" effect. The safety of this effect lies in the responsibility of the performer/performers.