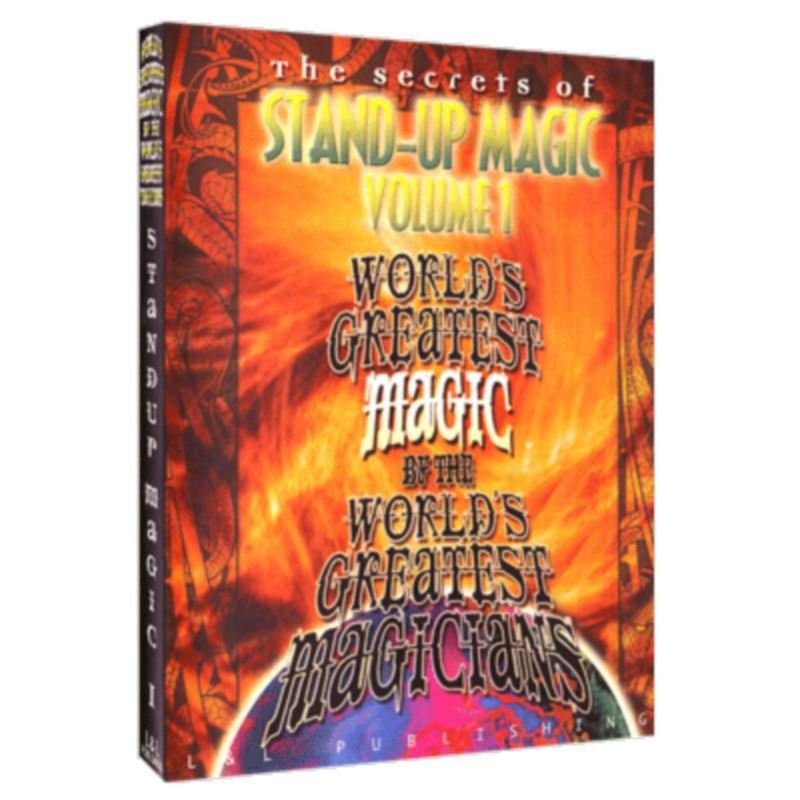 In the vast literature of magic, a surprisingly small portion of it deals specifically with stand-up magic; that is, magic that is performed on a stage or platf

In the vast literature of magic, a surprisingly small portion of it deals specifically with stand-up magic; that is, magic that is performed on a stage or platform and suitable for entertaining and engaging audiences large and small. Thus, finding quality material has always been a challenge for performers who endeavor to present magic in front of a group of spectators. For the first time, the very best stand-up effects, performed and explained by artists who have fine-tuned these pieces to reputation-makers, have been collected in one place. These are tricks that are suitable for platform, stage and parlor presentations. So, whether you perform in living rooms, banquet rooms or on the world's largest stages, you'll find an amazing assortment of performance-ready masterpieces here just waiting to be the centerpiece of your own show. These performers are among the best of the best and on this unprecedented collection, they're providing you with their signature routines. Everything you need to be a successful performer is right here; you just need to add some practice and a stage.

Volume One
On this volume, you'll be treated to Richard Osterlind's version of Bank Night, the perfect way to open your show and to get to know your audience. Johnny Thompson presents his interpretation of Al Koran's classic of mentalism in which an audience-generated three-digit number is found to be inscribed on the back of a medallion that the performer was wearing from the beginning of the performance. Bill Malone provides an object lesson in how to turn a close-up trick into a show-closing stage piece while Harry Allen demonstrates how to take a children's trick and make it play big . . . and for adults! Paul Potassy and Terry Seabrooke perform and explain completely different but wildly entertaining versions of the borrowed bill to impossible place plot while Falkenstein and Willard teach an amazing and easy-to-do rope escape with a truly impossible twist. Finally, Petrick and Mia present a delicate and beautiful silent silk effect that would compliment any stage show.