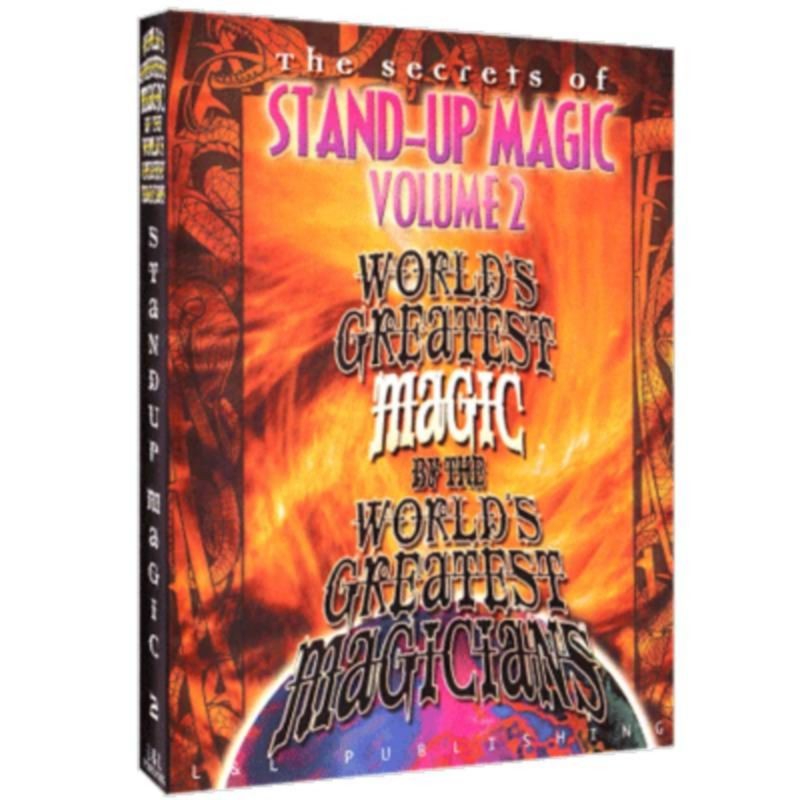 In the vast literature of magic, a surprisingly small portion of it deals specifically with stand-up magic; that is, magic that is performed on a stage or platf

In the vast literature of magic, a surprisingly small portion of it deals specifically with stand-up magic; that is, magic that is performed on a stage or platform and suitable for entertaining and engaging audiences large and small. Thus, finding quality material has always been a challenge for performers who endeavor to present magic in front of a group of spectators. For the first time, the very best stand-up effects, performed and explained by artists who have fine-tuned these pieces to reputation-makers, have been collected in one place. These are tricks that are suitable for platform, stage and parlor presentations. So, whether you perform in living rooms, banquet rooms or on the world's largest stages, you'll find an amazing assortment of performance-ready masterpieces here just waiting to be the centerpiece of your own show. These performers are among the best of the best and on this unprecedented collection, they're providing you with their signature routines. Everything you need to be a successful performer is right here; you just need to add some practice and a stage.

Volume Two
On this volume, you'll watch as Michael Finney, Steve Draun and Steve Dacri breathe new life into three of magic's most popular tricks and demonstrate why they're classics. Michael Ammar and Eddie Tullock show you how to take a simple yet amazing card trick and make it something that will play for the largest audiences. Join Flip as he turns fantasy into reality by turning a drawing of a bottle of champagne into the real thing. Fielding West takes some props you probably already own and creates a hilarious series of effects that will devastate any audience. Finally, Michael Close uses some big money to get some really big laughs.