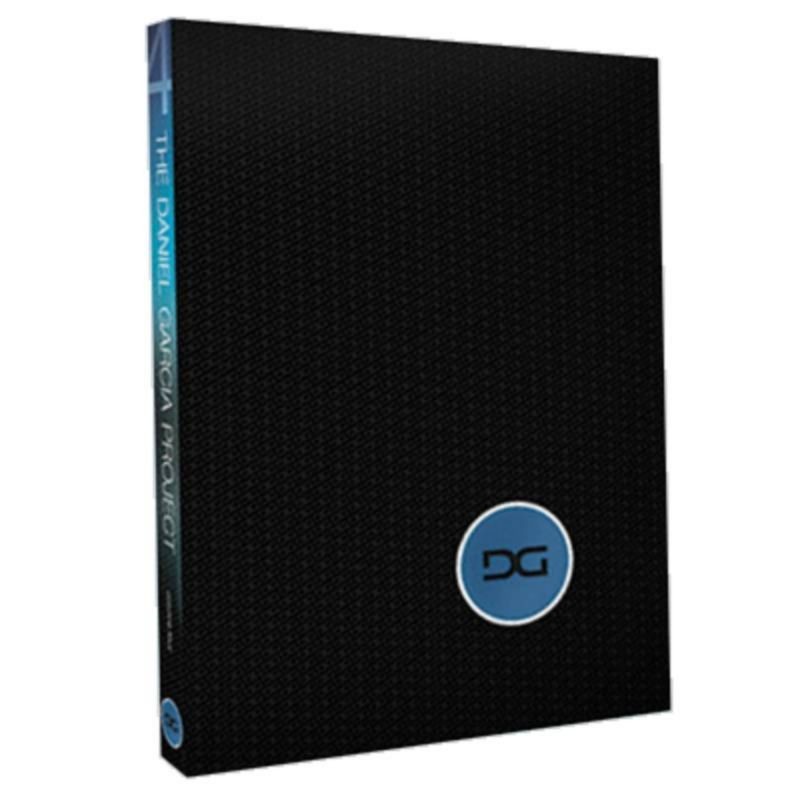 William Tell - Show your archery skills by causing the Ace of Spades to pierce the deck finding a previously selected card. Complete with a "Kicker Ending" and an alternate handling.

Jacob's Ladder - Watch as a single dollar openly and VISUALLY penetrates a rubber band being held by the spectator with NO COVER and without the magician even touching the bill.

The DG Box Steal - Learn a new utility move that will change your card magic forever.

TimeLine 2.0 - Garcia tackles the Mystery Card Plot by causing a selected card to change into a previous prediction that has been signed and held by the spectator from the beginning of the effect

The OG Transpo - The magician secures a selected card in a card box and under the spectators hand only to cause it to change places with another selected card instantly. No extra cards, no dupes, and not to mention, both cards can be SIGNED.

Scorch - Fire and card magic at its best. Watch as a candle flame slowly vanishes and finds a signed selection by magically scorching the back of the card.

iCard - Included on this video is the bonus files for Daniel Garcia's signed card to iPhone. NO APP NEEDED.

Party Perception - Be able to divine a mentally selected word from a beverage container without the use of any prying questions.