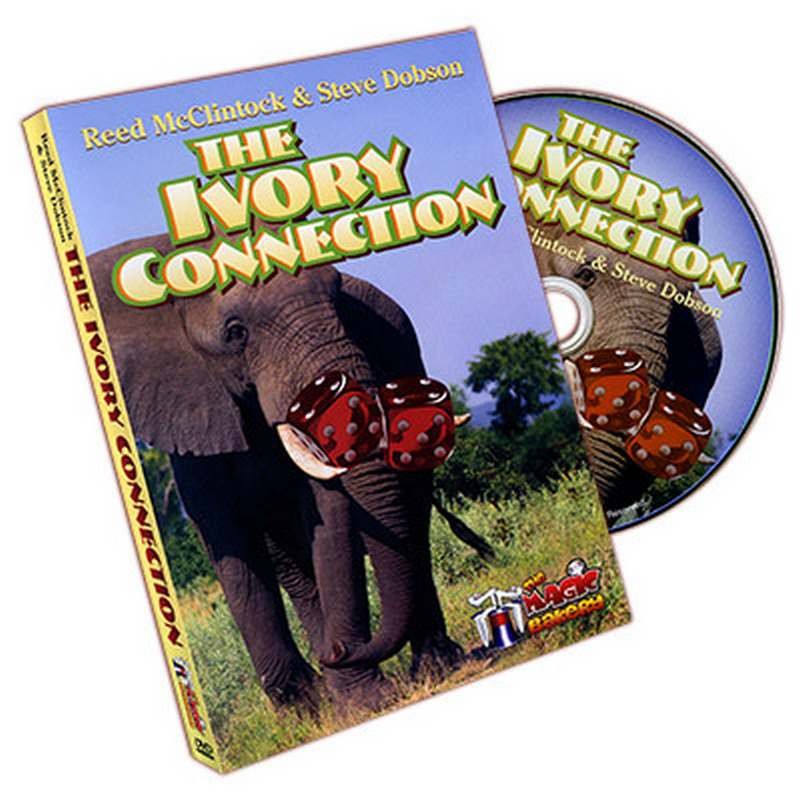 What is The Ivory Connection?

What is The Ivory Connection?

The Ivory Connection is the name explorers gave to the secret pathway leading from a clever pocket trick from the 1940s to a stunning magical experience of today.

The Ivory Connection was discovered by professional performers Reed McClintock and Steve Dobson working in the trenches, exploring the past for new miracles to bring back to their audiences.

The Ivory Connection is the only version of the Sacks dice routine that begins with magic, looks like magic, and ends with magic. Two dice appear out of nowhere. Their spots dance across their faces, jumping from die to die until the only thing the audience is sure of is that theyve seen all sides of each die. Each separate die&8230;and then...they reach their final destination, just south of reality.

Archeologists at The Magic Bakery recently unearthed a lost map of the Ivory Connection, stored on an ancient form of communication known as videotape. Unable to restore the images they found, they journeyed into the wild to capture Reed McClintock and Steve Dobson in their natural habitat. Using modern broadcast-quality digital cameras, they caught Reed performing the routine in front of a live audience, and both Reed and Steve in the optimal viewing conditions of a video studio.

The new DVD features the updated presentations, explanations, handlings and tips from both intrepid explorers. For the first time, the rare and illusive Steve Dobson reveals his preferred handling. For the first time, Reed McClintock explains the refinements he has made after years of performances for paying audiences. And as a bonus for future historians, the entire footage of the original Ivory Connection is included, in all of its low production glory.

Todays audiences demand more than just a couple of dice whose sides dont add up. Take them on a trip down the Ivory Connection.

"The Ivory Connection is not just another handling of the neo-classic Dr.Sach routine. This has been fully retooled, tightened and simplified, making it a more versatile piece for the strolling performer. The fusing of the dice just comes out of nowhere and is a real kick in the head. Combine those factors with the magical production and vanish of the dice and you have a very commercial routine for the working magician" - Marc DeSouza

"Just when you thought it was safe to put your dice back in the drawer, along comes a routine with everything--a smooth as silk handling, striking visuals, and a clear and definite ending that comes out of left field. The Ivory Connection puts "normal" on the path to extinction" - Curtis Kam