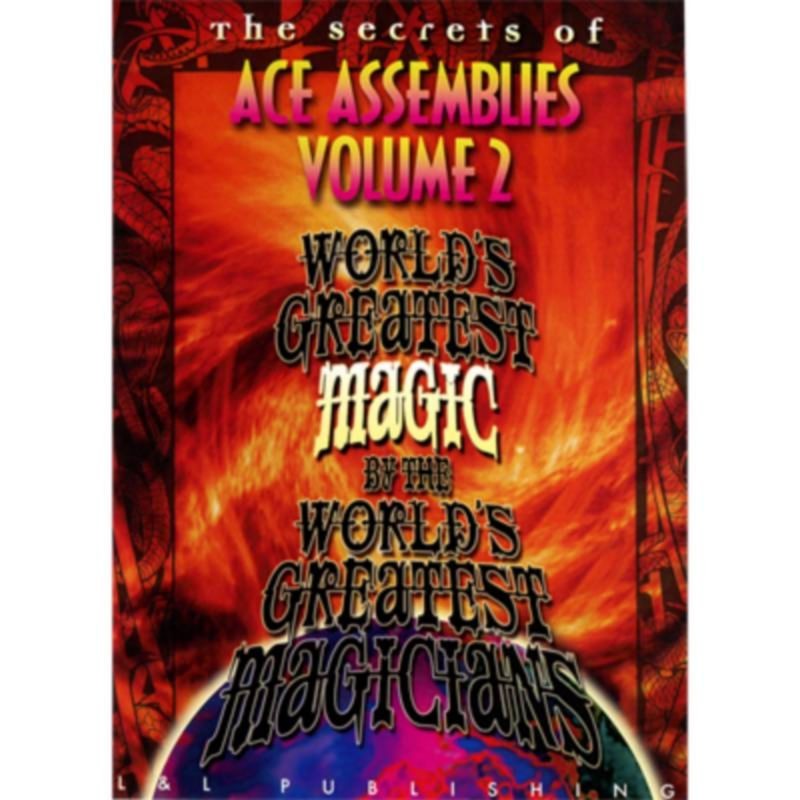 Imagine owning the most comprehensive magic book ever written. This would surely be a treasured possession for any magician with each chapter focusing on a single aspect of the craft and the very best routines ever created for it. That's the idea behind L&L Publishing's critically-acclaimed video series, The World's Greatest Magic by the World's Greatest Magicians. Each volume is like another chapter in the world's best magic book. Featuring in-depth exposition and instruction on some of magic's most cherished and classic effects by its most-talented practitioners, this unprecedented series represents an essential reference work for anyone interested in the magical arts, regardless of their skill level.

The invention of the classic trick where the four Aces are deal face down, three indifferent cards are dealt onto each, yet the Aces mysteriously gather into one of the packets, is usually attributed to the French magician Conus. However, ever since its original publication in 1853, magicians are still coming up with amazing variations of this timeless effect and enchanting audiences with them to this day.

On this download, you'll meet five magicians who each have their own singular take on the Ace Assembly plot. First up is Bill Malone with an Ace assembly that is so clean that it does, indeed, almost look like trick cards are in use. Next, Steve Draun adds an amazingly visual ending to Marlo's Bluff assembly while Trevor Lewis switches the Aces' final destination at the last moment for a surprising finish to a fairly easy-to-do routine. John Guastaferro is next with a version where the Aces not only assemble but actually do so in the card case while Martin Nash's Aces do the same under a spectator's hand. Finally, Bill Malone returns with a technically-challenging but eye-popping routine where the Aces suddenly "and visibly" appear in the leader packet.

Hugard and Braue, in their classic book, Expert Card Technique, wrote, "Of all the tricks with playing cards, as much thought has been expended on the Four Ace trick as on any other-and the performers 'and performances' you'll watch and learn from on this download are ample evidence why."