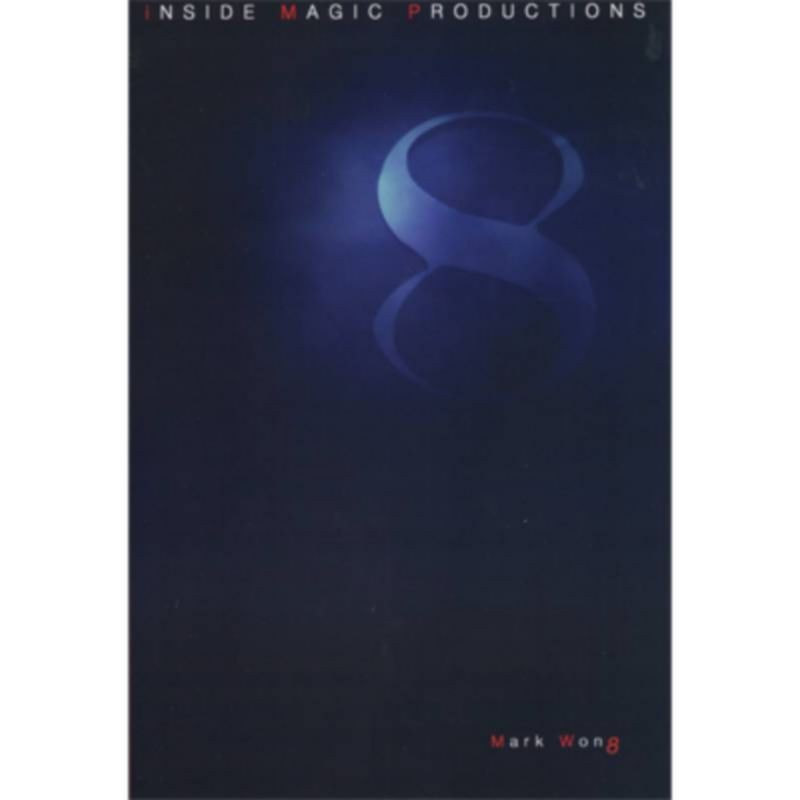 Ei8th is a stunning and brilliant collection of some of the most baffling card tricks ever invented! For the first time on download, Mark Wong explains his favo

Ei8th is a stunning and brilliant collection of some of the most baffling card tricks ever invented! For the first time on download, Mark Wong explains his favourite routines that have impressed his audience every single time!

The Download contains eight card tricks, as well as tips on how to present these routines. The best part about this download is that most of the effects are easy to learn and perform.

BoomerBand
Card is selected by a spectator and lost into the deck. A rubber band is tied around the deck to make sure that nothing can escape. Suddenly, at the performer's command, the selected card shoots out of the tightly banded deck and does a nice boomerang towards the performers other hand.

Claymore
A "prediction" card is placed on the table face down. Spectator then selects and signs a card from the deck, and lost back into the deck. Performer calls out attention to the prediction card which is actually the signed card!

Equator
Extremely visual sandwich effect. The selected card vanishes from the top of the pack and appear in between the two face-up jokers in the middle of the deck.

In Your Face
Card is selected and lost back into the deck. The performer seemingly pulls out the selected card from the middle of the deck with a deft flick of the wrists!

Pick-Pocket
A card is selected, signed and shuffled into the deck. Performer places a joker into the spectators pocket and starts looking for the selected card in the deck. Signed card is lost and all the while, that card has been sitting in the pocket the entire time!

SCP (Spring Card Production)
A card is selected, signed and shuffled into the deck. Performer springs the face up deck. A FACE DOWN card (which is the selected card) is produced from the MIDDLE of the deck! Finally, performer changes the entire deck into a different coloured back from the selected card.