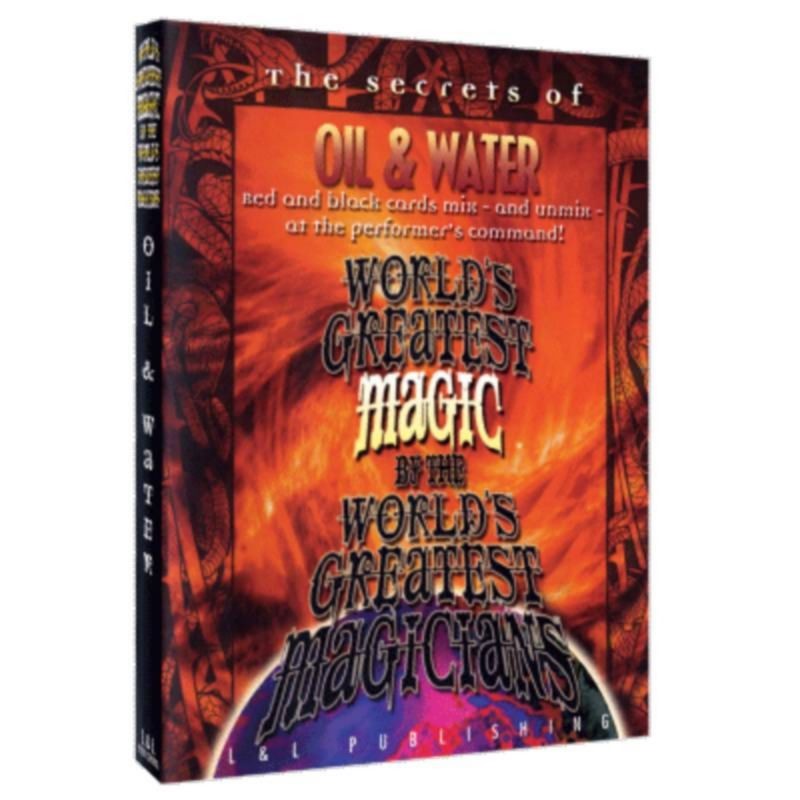 The basic plot of the card effect that we know today as Oil and Water can be traced back to the 1940s and a Walter Gibson trick from the pages of The Jinx. It w

The basic plot of the card effect that we know today as Oil and Water can be traced back to the 1940s and a Walter Gibson trick from the pages of The Jinx. It was Ed Marlo who attached the name "Oil and Water" to the effect (in addition to most likely creating the greatest number of methods for the effect.) The premise of the trick is maddeningly simple: black and red playing cards, usually in small packets, continually separate despite the magician's best efforts to mix them.

In this video, you'll see an amazing variety of ways to accomplish this easy-to-follow and very magical-looking trick. Bill Malone begins with two methods; the first, an Ed Marlo creation, while technically challenging. is wonderfully visual while the second, created by Dave Solomon, uses some superb subtleties to accomplish the effect. David Regal manages to magically separate cards not only by face, but by back color while Larry Jennings presents a simple yet very theatrical version. Michael Ammar performs and teaches Roy Walton's classic trick where the colors not only separate but turn into completely different cards while Dan Fleshman uses just the Aces to wonderful effect. Josh Jay presents a hybrid routine with methods from a number of creators that will have your audience's eyes popping while Darwin Ortiz finishes up with his aptly named effect where not only do the cards in two small packets separate but so do the rest of the cards in the deck that was completely shuffled by a spectator.

The Oil and Water effect has been dismissed by armchair performers as something that only interests other magicians but you'll soon find that to be a spurious claim when you see the reactions these performers get from their audiences. The biggest problem you'll have with the material in this video is choosing which one to add to your act first!