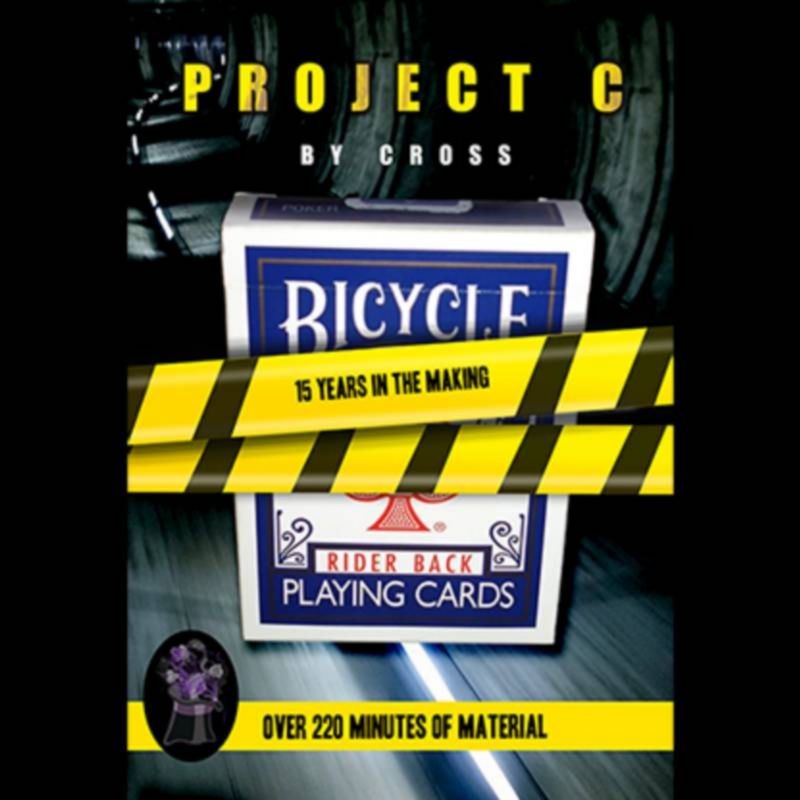 Cross has been performing these effects over a 15-year period. They have ALL been tried and tested in multiple working environments in over 9 different countrie

Cross has been performing these effects over a 15-year period. They have ALL been tried and tested in multiple working environments in over 9 different countries. These routines use simple sleights but make a big impact! Perfect for any card enthusiast, hobbyist, or professional magician.

THE GAME - Do you want to play a game? The magician's abilities are put to the test in this incredible Triumph routine.

SPIRITS WITHIN - Do you believe in spirits? Using the help of an unknown element, not only does the magician read the spectator's mind, but the initials of their chosen card (e.g., 4C for Four of Clubs) visibly appear under the magician's skin.

THE I.C. - An 'Illusion Card' is sealed inside an envelope left in full view. A spectator selects and signs any card before returning it into the deck. The magician then opens the envelope and pulls out the 'Illusion Card', showing it has a different colored back from the deck that was used. But when the card is turned over, it's revealed to be the spectator's signed selection. However, that's not all - the surprise ending will leave your audiences completely speechless!

UNKNOWN IDENTITY - Once a card is selected and replaced, the deck becomes a crime scene. Not only does the back of a spectator's chosen card instantly change color, but the mark of a criminal appears on their selection. This leaves the spectator with an incredible souvenir to keep forever.

JAY SANKEY'S POWER LUNCH - Cross teaches his take on Sankey's sensational business card effect, only this time he uses playing cards. The magician visually pulls their initials off one card and makes them appear on a spectator's signed card that has stayed in the spectator's hands from the beginning!

CHOKE - A card from mouth routine involving two signed cards. One is found using a highly visual color change. The other is found when the magician begins to apparently CHOKE... With a kicker ending that nobody sees coming.

PREDICTION I.D. - An Invisible Deck routine where not only is the spectator's chosen card found reversed in the deck, but the magician has also predicted, in a sealed envelope, what card the spectator will choose (with bonus ending).

EMOTIONAL CONNECTION - Use the audience's chemistry to make two signed cards switch places, all whilst done in the spectator's hands.

TWO VANE - A signed spectator's card is lost in the deck. It is then found instantly not once, but TWICE, using fans with the cards.

SCORCHED - The initials from a chosen card can be found SCORCHED in the magician's mouth (three versions taught).

OVER 3 AND A HALF HOURS OF MATERIAL