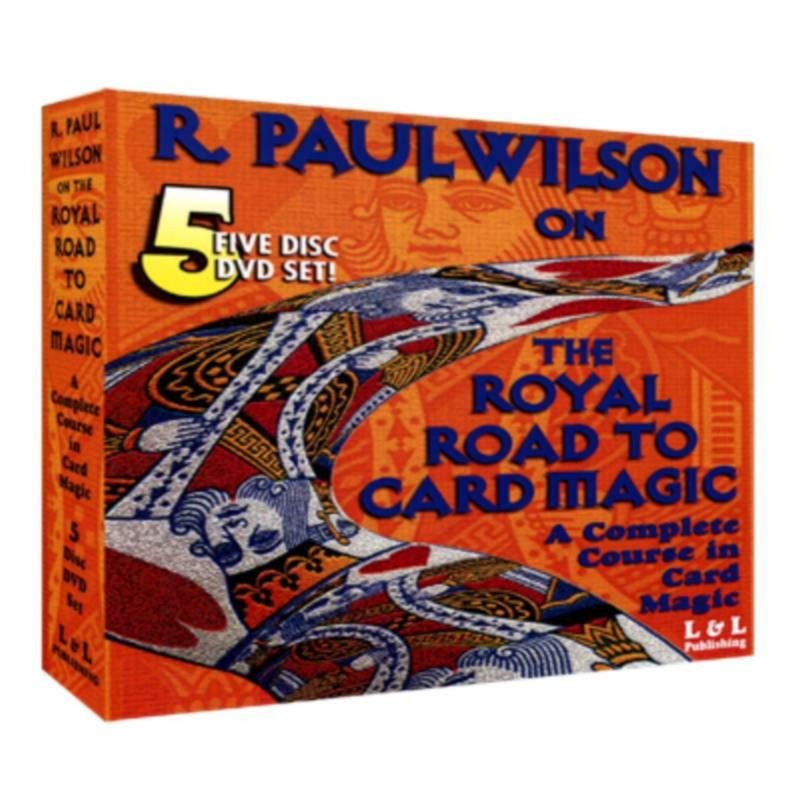 A COMPLETE COURSE IN CARD MAGICIf you are If you are seriously interested in learning card magic, there is no better place to start than The Royal Road to Card

A COMPLETE COURSE IN CARD MAGIC
If you are If you are seriously interested in learning card magic, there is no better place to start than The Royal Road to Card Magic with R. Paul Wilson.

Since its initial publication, The Royal Road to Card Magic by Jean Hugard and Frederick Braue has been regarded as the most complete course in sleight of hand with playing cards ever written, teaching essential sleights from the Overhand Shuffle to the Pass and Palm.

Each chapter explores a new sleight followed by several tricks using what the student has already learned-tricks that, incidentally, include many of the best card effects ever created.

Many of today's finest magicians began with Hugard and Braue's classic book, including world-renowned card expert R. Paul Wilson. On these downloads, Paul guides you along this Royal Road, demonstrating the sleights and effects from the book along with many important touches from his own repertoire. Paul guides you effortlessly through each chapter, using clear and concise instructions combined with multiple camera angles. He also performs most of the tricks in the book for an informal audience, allowing the student to see each effect before learning it.

This download series is a complete course in card magic that expands and updates the material from The Royal Road to Card Magic with new effects, improved methods, and advice from many of today's finest exponents of card conjuring. If you follow this course from beginning to end, learning each sleight before moving to the next chapter, you will soon be on your way to becoming an excellent card magician.

R. Paul Wilson teaching the Royal Road is one of the very best ways to learn card magic. The production values are superb! This is the best download course on card magic available today! -Bill Malone

Paul Wilson has performed card magic since he was eight years old and hasn't left home without a deck of cards since! Now a world-renowned, award-winning magician, Paul is respected not only for his creative approach to magic but also for his remarkable skill with cards. He is a regular performer at the Magic Castle in Hollywood and has traveled the world performing and lecturing on sleight of hand. Paul has also authored fifteen booklets and manuscripts on his magic and has also produced five instructional videos of his work. Paul now works in film and television. His credits include technical advisor and second-unit director of the movie Shade, producer of A&E's Mondo Magic, co-producer and star of Court TV's The Takedown, producer and star of the BBC show The Real Hustle, and technical advisor on the movie Smokin' Aces.