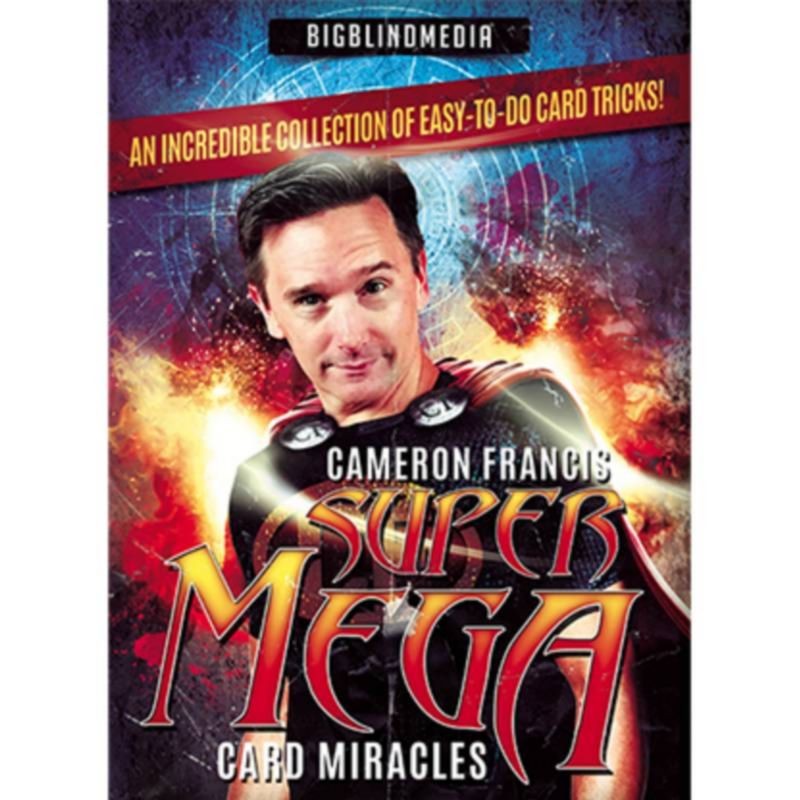 It features Cameron's absolute favorite Top 10 (except there's 12) routines from nearly two decades of creating. These are the tricks he has honed, sharpened and refined and now calls his party pack. These are his audience slayers... his own personal rat pack... the crew he calls on to take down anyone/everyone.

Card tricks you WILL PERFORM!!!

Collins Thing - The four Kings vanish under test conditions and then reappear in a dizzying array of awesomeness.

Precursor/Thanks To Walton - Two brain-buster pieces of strange that packs a ton of magic into only a few cards.

Mercury Card Load - Signed card to ungimmicked card box. We guarantee YOU WILL USE THIS!

But Not Least - This high-octane triple sandwich routine will leave your spectator's breathless.

Stand Up Christ Aces - The classic routine stripped down, rebuilt, and cranked up to 11.

One Flew Over at My Behest - A lean, mean, impromptu card across routine.

Captivated - Four Kings and four Aces twist, twirl, switch and then stick the landing with a shock-o-rama ending.