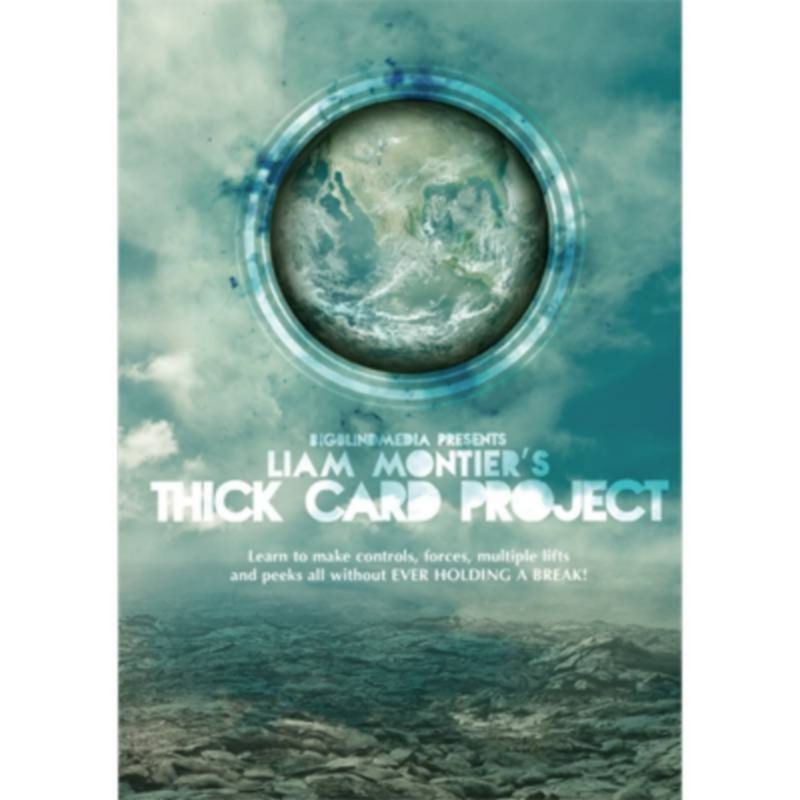 The thick card is one of the most overlooked and underused gaffs in magic. Simple and inexpensive to make, yet massively versatile, this innocuous creation is a powerful replacement for sleight of hand. With one dropped into your working deck you will be armed and ready to perform controls, forces, multiple lifts and peeks all without EVER HOLDING A BREAK!

The Thick Card is like the swizz army knife of gaffs - it can do so much, yet is all but invisible in the deck. You can have your thick card in play all day long. The deck can be handled by the spectator. It's undetectable from every angle, and it's 100% locatable with touch alone. (No more panicked triple checking that you cut at the right place!).

This single gaff card will elevate your routines to a stratospheric level - now you can perform forces, controls, peeks and multiple lifts with the cleanest possible handling. As you never need to hold a break, you are free to put the deck down. You can shuffle, cut and mix the deck AND STILL BE IN COMPLETE CONTROL OF THE CARDS!

On 'The Thick Card Project' your host, Liam Montier, will teach you how to use this most venerable of gaffs . Learn over 90 mins of techniques, tips and ingenious applications. Then delve into the collection of ten incredible routines.