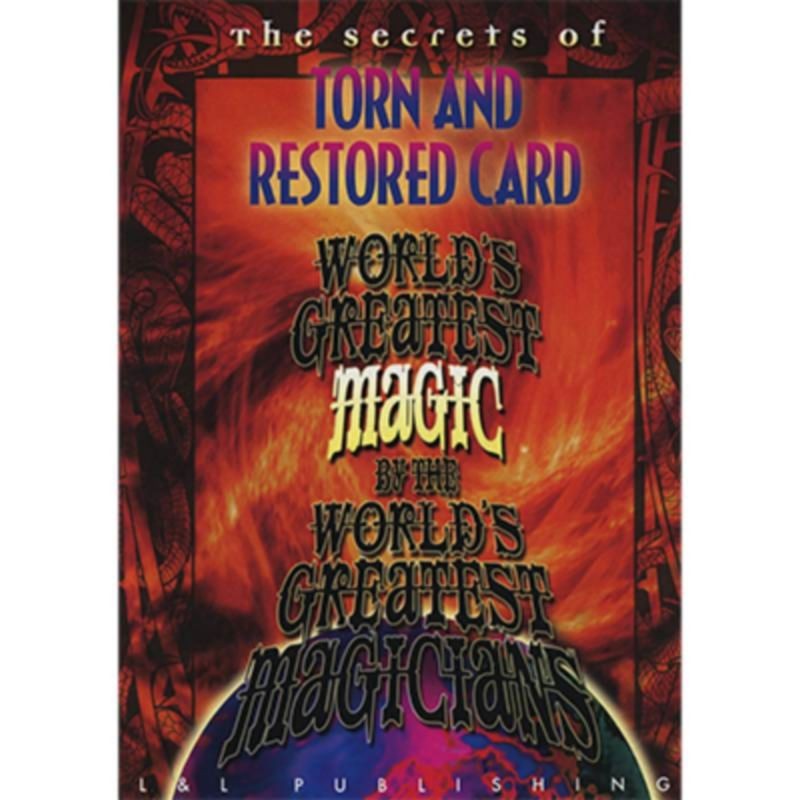 The idea of tearing up and then restoring a playing card is a very old one, dating back to at least the late 1790s. In subsequent years, many methods, including

The idea of tearing up and then restoring a playing card is a very old one, dating back to at least the late 1790s. In subsequent years, many methods, including mechanical ones, have been devised by magicians because it's an effect that still amazes audiences.

On this Download, you'll see six different approaches to this classic of card magic. Michael Ammar is up first with a demonstration of renowned bar magician J.C. Wagner's popular creation while Flip follows with a version where a signed blank-faced card is torn and restored two times, with the spectator apparently doing the restoration in the second instance. Mark Leveridge openly cuts through an envelope containing a selected card yet the card emerges unscathed while Jeff Sheridan demonstrates an unusual but very practical method for performing this stunning illusion. Geoffrey Buckingham follows with a version that's suitable for close-up and platform work while Gary Ouellet finishes up by demonstrating and teaching his singular creation, with special attention paid to The Ouellet Switch, a utility move with many other uses in card conjuring.

The apparent destruction of a playing card is very compelling to audiences as they know that not only is the card destroyed but that the deck is ruined also. As a result, the card's restoration never fails to get a good reaction from spectators and with the variety of methods you'll find on this Download, you'll be able to add this timeless classic to your repertoire with ease.