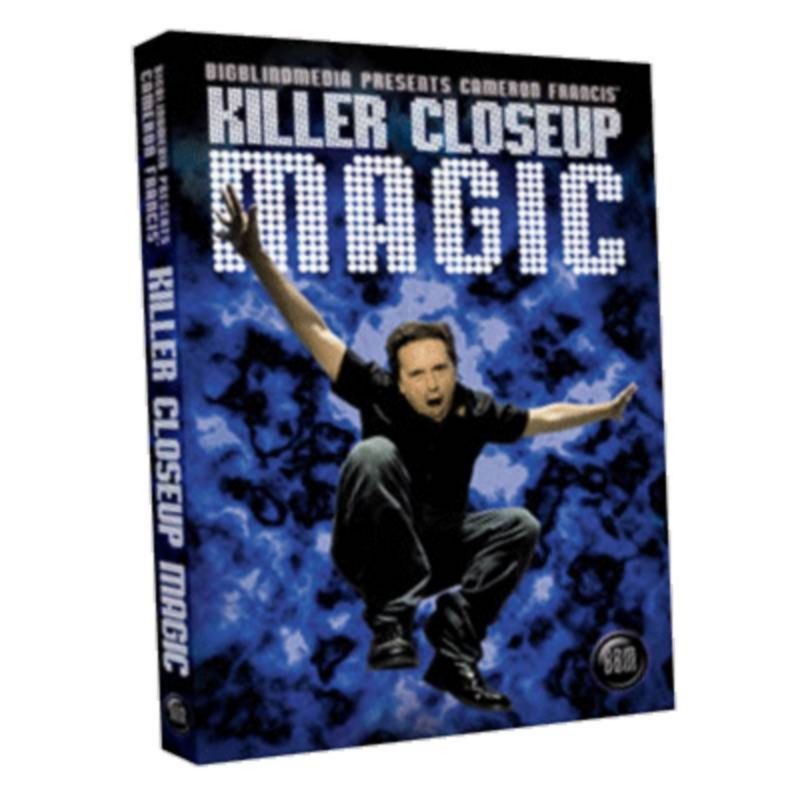 "Cameron - you are nuts! You could have sold the effects one by one separately! Very good my friend... The material is excellent!"- Aldo Colombini Cameron Franc

"Cameron - you are nuts! You could have sold the effects one by one separately! Very good my friend... The material is excellent!"
- Aldo Colombini

Cameron Francis (star of The Omega Mutation, Rehab, Red Hot Prediction, Twists & Turns, Fresh Mint etc) is BACK! And this time he is breaking out his very best close-up material.

You want easy magic? You want heart popping spectacle? You want material that you will perform for years to come? Then you have come to the right place.

Twelve routines, Over TWO HOURS of content. And more fun than you can shake a stick at!

ACE-EQUENCE - A high octane, multi-phased routine with a selection and the four aces!

SPACE SAVER - Five photos of small objects are shown. One is selected. It vanishes from the photo and appears in the magician's pocket! This mindblower could have been sold as a stand alone effect!

NO PROBLEM - Two selections and a whole heap of magic. An ideal opener!

WILD ROUTINE - A two phase stunner that starts off as a Wild Card effect and ends with an impossible teleportation!

SCORCHED! - A smokin' double prediction with eight number cards and a book of matches!

AN EXTRA TWIST - The Kings, twist, assemble and trap a selection. Tons of magic with very little effort!

T&R BILL - The spectator's bill can be signed and the best part is, you don't actually destroy anything!

INSIGNED OUT - An insanely visual version of Roy Walton's Carp Warp plot with a signed card!

TEAR IT UP! - A torn and restored card guaranteed to leave your spectators speechless!

COPPER/SILVER TWIST - A penny and a dime transpose under impossible conditions... and then things get reeeeeeeeeeally weird!

IN-TENS - Two jokers trap a selection, perform an elevator routine, capture the mate of the selection and then turn into the other two mates! All without breaking a sweat!

SUPER EASY CAAN - Freely selected card. Freely selected number. Borrowed, shuffled deck. The spectator deals and the best part is, you don't know the number or the selection until the cards are out of your hands! It doesn't get much more direct or powerful than this!

But there's more - included free on Killer CloseUp is 'Sleight School'. Cameron takes you through EIGHTEEN different magical sleights. This is like ninja school (if magic was martial arts and Cameron was a ninja, which it isn't and he isn't - but you know what we mean).