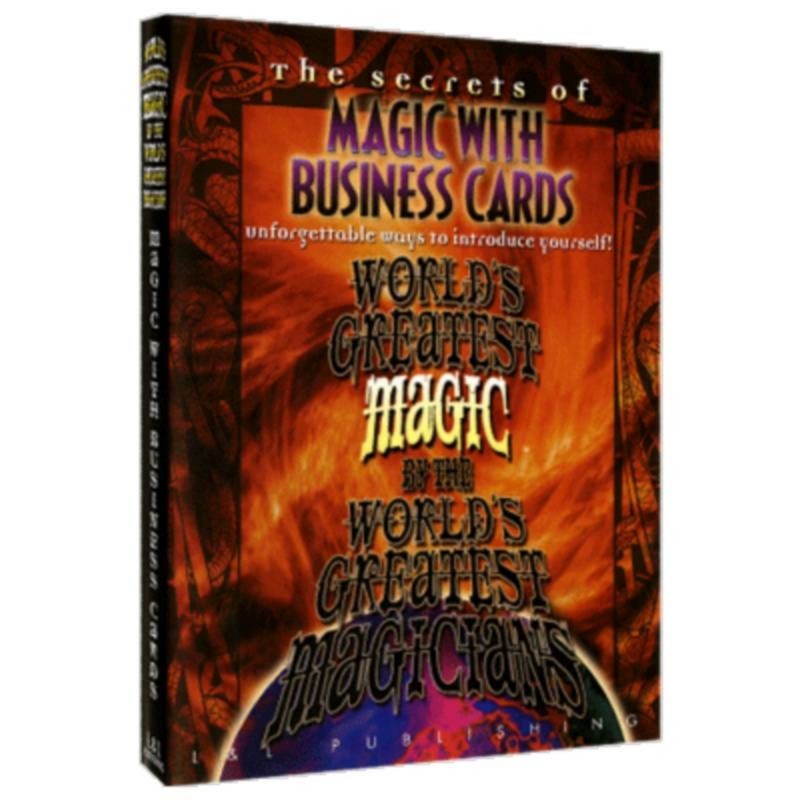 Imagine owning the most comprehensive magic book ever written. This would surely be a treasured possession for any magician with each chapter focusing on a single aspect of the craft and the very best routines ever created for it. That's the idea behind L&L Publishing's critically-acclaimed series, The World's Greatest Magic by the World's Greatest Magicians. Each volume is like another chapter in the world's best magic book. Featuring in-depth exposition and instruction on some of magic's most cherished and classic effects by its most-talented practitioners, this unprecedented series represents an essential reference work for anyone interested in the magical arts, regardless of their skill level.

A magician should leave a lasting impression and one of the best ways to do that is to hand out your business card in a magical way. Your prospective client will not only remember you but will also get to keep tangible evidence of your magical abilities that just happens to have your contact information!

You'll meet nine performers with ten different ways to utilize your business cards in a magical way. John Guastaferro causes random spots on the back of his card to magically transform into the name of a selected playing card while Banachek uses just four cards to demonstrate an uncanny ability to know a spectator's choice in advance. Michael Ammar's business cards hand themselves out via a very eerie self-animation while Michael Close causes an initialed card to turn up in an impossible place. Dan Harlan recreates a classic of rope magic with an initialed business card while Jeff McBride causes his card to simply appear in the spectator's outstretched hands. Daryl turns his business card into an uncannily accurate prediction of the future while Raj Madhok takes a card magic classic and turns it into an amazing communion with the spirits. Finally, Greg Wilson demonstrates a pen that can magically write in any color named while Michael Ammar returns with business cards that can print themselves.

For any working professional who uses business cards, these effects can literally mean the difference between your card being tossed into a pile (or into the legendary "circular file") or cherished by its recipient and even shown around to others for perhaps years after as evidence of an unbelievable, magical encounter with a very special person - you!