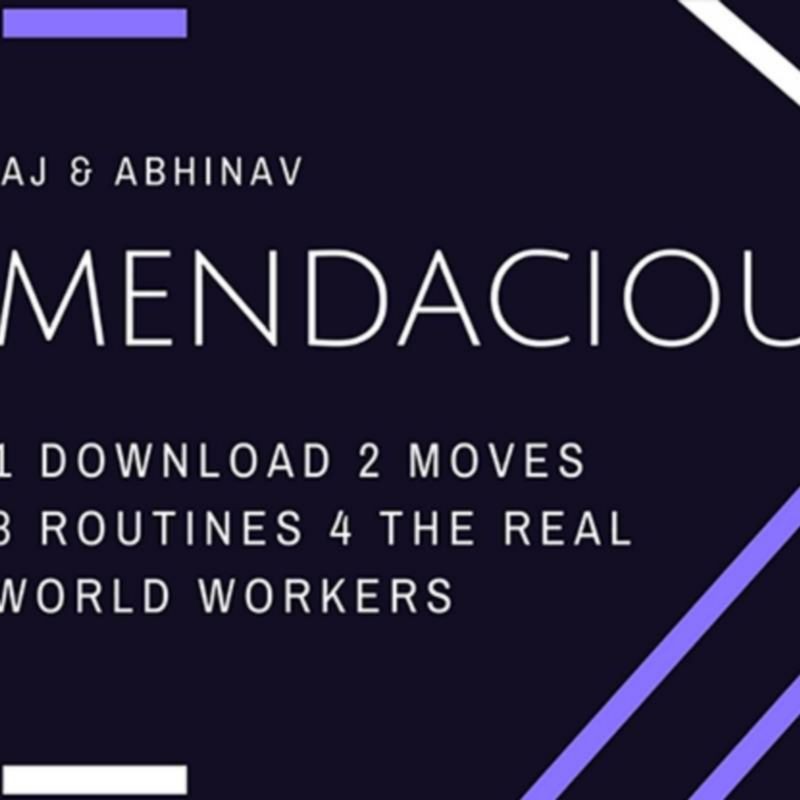 1 Download 2 Deceptive Card Moves 3 Routines 4 The Real-World Workers THE MOVES by AJ TOPSY is a single card force utilizing no breaks whatsoever, and TURVY is

THE MOVES by AJ

TOPSY is a single card force utilizing no breaks whatsoever, and TURVY is a single/multiple card control to the bottom.

They both are easy and fun to learn. You'll be doing these in no time.

THE ROUTINES by Abhinav

SATELLITE SIGNAL: 3 spectators stop at three random cards (no forces) and send their thoughts to the performer (all at once). The performer receives the thoughts and finds the cards. Not only that, the performer figures out which cards belong to each of the 3 spectators.

Mr. MIRACLE: A selection gets predicted even before the selection is made. Then it disappears from the deck and reappears at a specific spot in the deck while the performer is nowhere near it.

WD COMPATIBLE: Two spectators sign two freely selected cards, one on the face and the other on the back. Later it is revealed that they both have signed the same card!

All the routines are impromptu and are primarily achieved using the two moves in the download. Satellite Signal is intended for parlor/stage (wide audience), while the other two are for close-up/walkaround.

The download consists of an 18-minute-long video that explains each aspect of the moves as well as of the routines. Also included is a super-short PDF file for further help in the learning process.