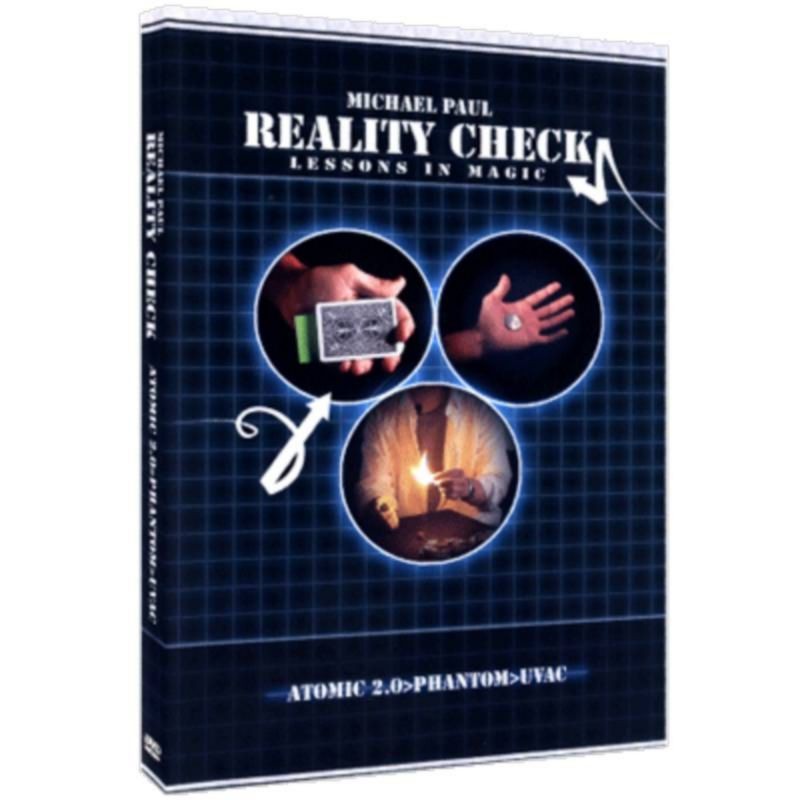 Three one on one private lessons that bring you into the creative mind of Michael Paul. You'll learn three insanely visual (and practical) close up magic effect

Three one on one private lessons that bring you into the creative mind of Michael Paul. You'll learn three insanely visual (and practical) close up magic effects, along with several variations, moves and subtleties. Learn about proper timing, audience direction, context, framing and much, much more. Are you tired of single trick releases, that only show you how to do some trick you'll never be able to actually use? Maybe it's time for a Reality Check! Running time: Over 90 Minutes!

Atomic 2.0 - A piece of candy magically appears in a flash of fire. Seconds later, it visually vanishes, leaving it's wrapper behind (and your fingers empty), only to re-appear where it belongs... in your mouth! First learn multiple variations of the trick, then study the details that make it powerful. You'll learn about attitude, context, framing and more. This is Atomic 2.0!

Phantom - With no sleeves or pockets used, a half dollar completely vanishes. Both hands are shown with fingers open, front and back. Then the coin is re-produced. No palming, pulls, or sticky stuff. Several mind-blowing vanishes are taught, including a "raven" like version that looks like trick photography. This is Phantom!

U.V.A.C. - A complete ambitious card routine like you've never seen before. Featured phases include an ultra-visual face up instant rise, and a test conditions animation of a card to the top of the pack that will blow you and your audiences away. The best part? No gimmicks. As an encore, you stand there, still in front of your audience and allow the spectator's signature to vanish (in full view from a face up card) with no movement whatsoever. Later, Matt Mello joins the fun, and discusses the routine and its details with Michael Paul in a special jam session.