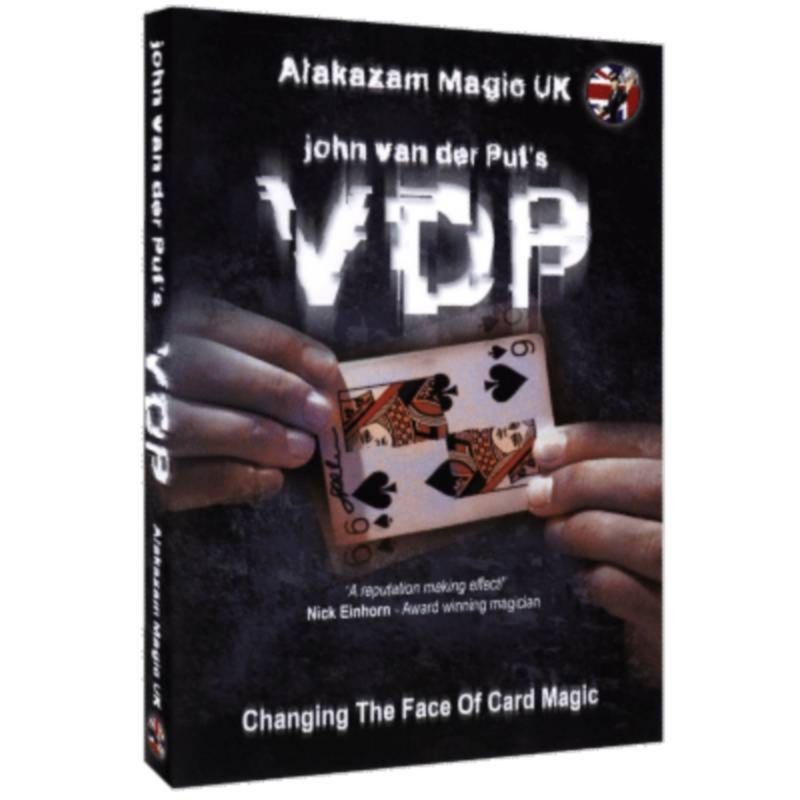 EffectVery occasionally, someone develops a brand-new methodology which allows for effects which were previously considered impossible. Imagine a signed playing

Very occasionally, someone develops a brand-new methodology which allows for effects which were previously considered impossible.

Imagine a signed playing card transforming quarter-by-quarter into a completely different card with the signature still intact! Ah, but is it the spectator's signature? Of course! But can the card be given away without a switch? Absolutely!

But that is just the start of what VDP can accomplish.

Back in the summer of 2001 Jon van der Put invented VDP, the principle behind some incredible effects that have created a huge buzz in the underground magic community. Previously, John has only taught the real work on his basic effect to one or two of his closest friends. Now the time has arrived for the fantastic VDP to enter the arsenals of magicians around the world.

On this exclusive Alakazam video Jon teaches the complete handling of the basic VDP effect as outlined above. In addition, he teaches a variety of advanced applications including: signed selections and predictions that transform, unbelievable transpositions, mind-bending card-fusions and impossible co-incidences.

Remember - in all the effects, the card is signed by the spectator at the outset, magically transforms quarter-by-quarter and is given away as a souvenir at the end with the spectator's signature still intact.

Jon's VDP is a low-tech marvel which will allow you to perform dozens of stunning, memorable effects.