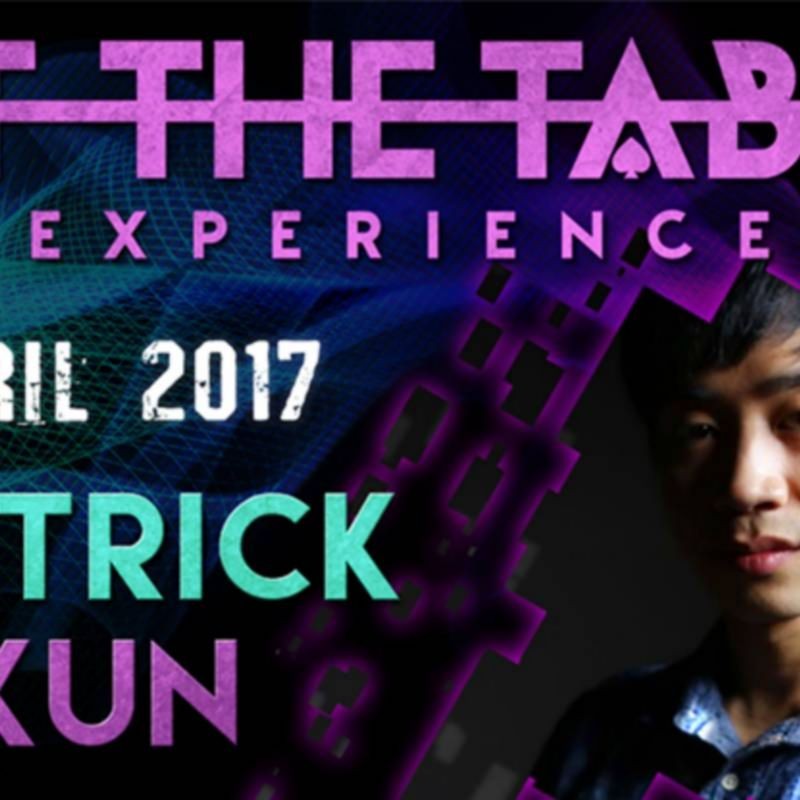 Patrick Kun is back for his second At The Table lecture, and he's going to teach us more of that amazing impromptu magic that he makes look so easy! As a former

Patrick Kun is back for his second At The Table lecture, and he's going to teach us more of that amazing impromptu magic that he makes look so easy! As a former consultant of David Copperfield, Cyril, and Troy, Patrick Kun once again shares with us his dynamic brand of magic with us here At The Table. It's a 2 hour lecture you don't want to miss. Here's what you'll learn:

Visible but Invisible: Patrick's version of the invisible deck. As an additional kicker, the chosen card is also the only card with a back design that's different from the entire deck! On top of all this, Patrick's version requires no gimmicks at all!

Extortion Retouched: A simplified version of Patrick's acclaimed 2014 release. It's an ultra-clean, and super-visual bill change that will go right into your repertoire.

Carbone: Two Jokers are examined and placed on a card box. The spectator selects any card and it's lost back in the pack. The magician now takes the two Jokers and visually produces the selection from between them.

Coin Thing: Patrick teaches a utility coin move that allows you to stealthily shoot a coin from one hand to another. Patrick teaches this in the guise of a Coins Across routine.

The Modern Biddle: Patrick's variation on the Biddle trick. The spectator chooses a card and loses it back in the pack. The magician then clearly fans out 5 possible selected cards, and takes a photo of it. The magician magically moves the selected card back into the deck. Not only are there only 4 cards left in the packet, but the photo just taken also only shows 4 cards! This trick alone is worth the price of admission!

InstaGrab: The spectator names a card. The magician BORROWS a spectator's phone and shows him his Instagram page and a picture of a folded-up card. He then slides and pulls the Instagram picture right into his hands, revealing it to be the spectators named card!

Photo Op: Patrick's variation on Asi Wind's Double exposure. Everyone you perform this for will be talking about this one!