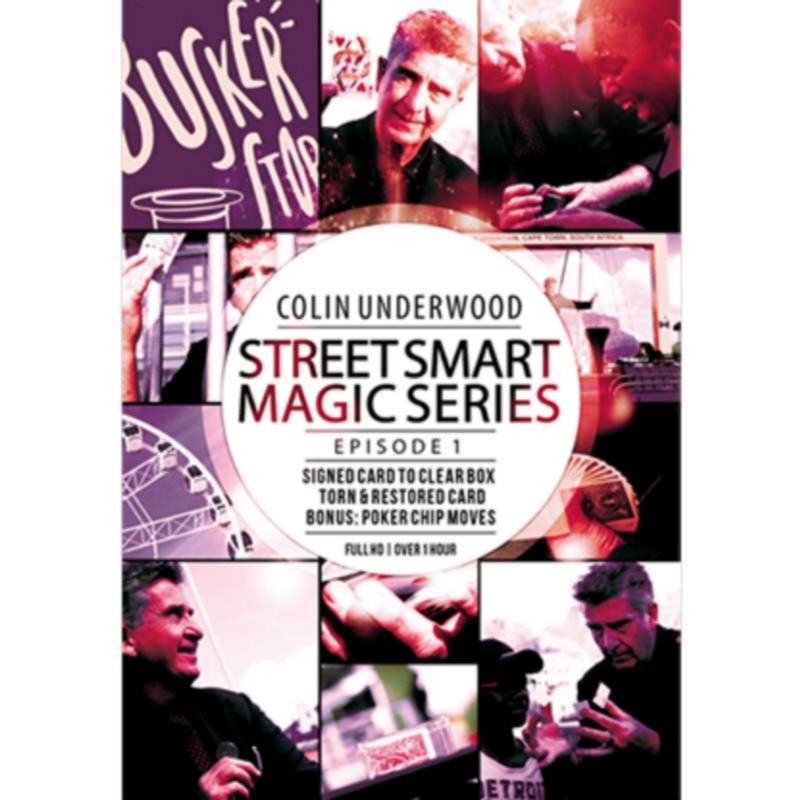 In this exciting new HD download series, Colin Underwood shares his handlings on some of the classic effects in magic. These are worker effects that have been a

In this exciting new HD download series, Colin Underwood shares his handlings on some of the classic effects in magic. These are worker effects that have been audience tested and refined through years of performing.

"Seeing Colin Underwood work the streets of South Africa with this material was incredible! The routines and ideas shared in this download will certainly get your creative juices flowing!"
- Bryan Miles

"I grew up watching Colin busk at the V & A Waterfront in Cape Town. He is a truly diverse performer; I'm glad he is finally sharing his ideas with the magic community."
- Rodney McCormick

"Colin is a superstar in the world of South African magic. With probably more performance experience than all other local performers combined, I've seen him wow audiences everywhere from cruise ships to malls in Dubai. An instinct for what makes good entertainment, and a heart of pure gold, any magic product he releases is sure to be jammed with real-world gems - highly recommended."
- Jacques le Sueur

"Colin is an energetic innovator of comedy and magic with a wealth of experience and a sharp sense of humor!"
- Trevor Duffy

Who is Colin Underwood?

Colin Underwood is a multi-skilled performer from South Africa. He is an accomplished magician, juggler and mime. His vast performing experience in different types of genres over the last 37 years has placed him in a league of his own.

Coin has performed extensively across the Middle East, Europe and Africa. Performing in just about every situation: street busking, bars, restaurants, shopping malls, cruise ships and television - he is a real-world magician who performs in real-world situations.

He has appeared on South African TV with a 13-part series of magic inserts, as well as guest appearances in the UK. He was the first South African magician to appear in MAGIC Magazine and currently writes articles for Vanish magazine.