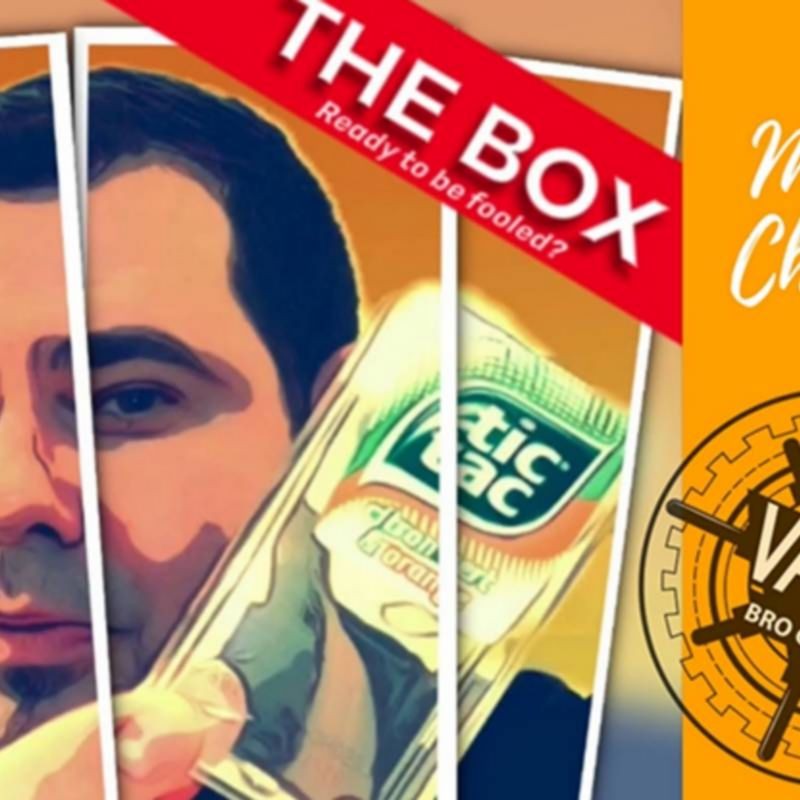 The Vault - THE BOX by Mickael Chatelain video DOWNLOAD

Take a Tic-Tac dispenser from your pocket. As it's transparent, it's obvious to all that there's just one piece of candy inside. This is no illusion, there real

Open the dispenser and dump the Tic-Tac into your spectator's hand. The dispenser is now empty and you show it from all sides. The spectator can look inside the opening and can see that it's just an empty Tic-Tac dispenser and nothing more.

Close the dispenser and hold it horizontally between your thumb and forefinger in front of the spectator.

Take the Tic-Tac from your spectator's hand and position the Tic-Tac on top of the dispenser in the middle. All this is so clean there can be no suspicion of manipulation or other subterfuge.

Continue to hold the dispenser a few centimeters from your spectator. The Tic-Tac is plainly visible sitting on the center of the outside of the dispenser.

Your other hand passes in front, hiding the candy from view for barely two seconds.

The Tic-Tac is now INSIDE the container, right where it was at the beginning. How is this possible? The hand holding the dispenser hasn't moved and yet the candy is once again inside!

Immediately shake the dispenser to prove that this is no illusion. It's true. It really is not an illusion... The Tic-Tac is really inside!

The only way to retrieve the candy is to open the dispenser once again and dump the candy into the spectator's hand.

The spectator can now eat the candy as it is absolutely real and ordinary.

Only one dispenser is used. The Tic-Tac dispenser is genuine - use your own. The dispenser is shown from all sides. Your spectator can even tap on each side as proof that there are no openings. The Tic-Tac placed on the dispenser is the same one that is discovered inside two seconds later. No switch! VERY easy to do. In less than three minutes, you will master the secret perfectly and you'll be ready to do this incredible trick. No threads, no magnets, no glue, no manipulation. The secret takes care of EVERYTHING! A trick that Mickael Chatelain has been presenting for years is explained for the first time with NO DETAILS LEFT OUT! You will keep it with you always, ready to fool young and old, and even magicians who don't know the secret.

Download this effect and learn how to perform it!