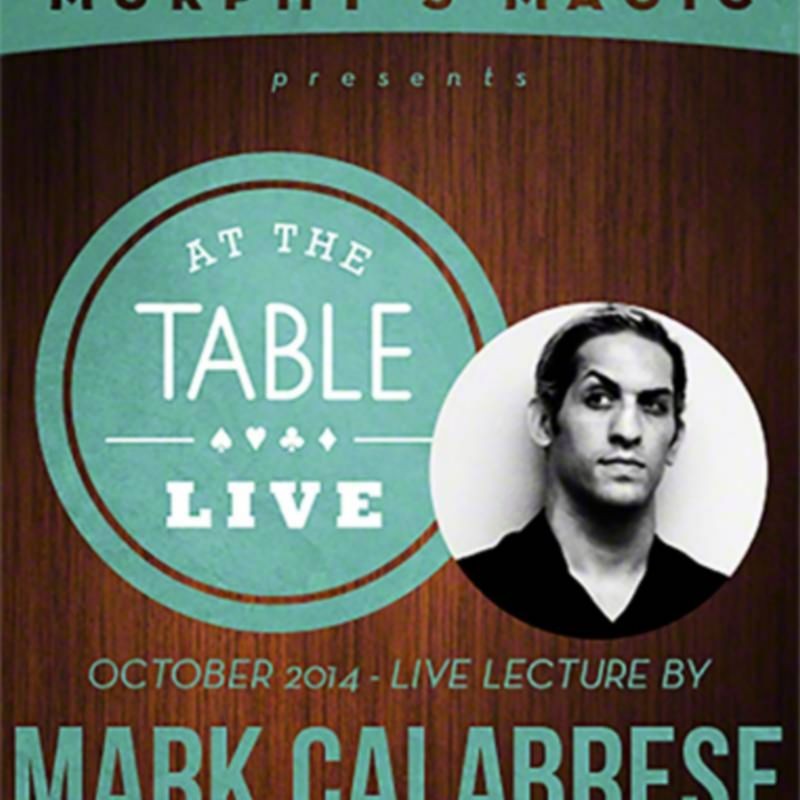 Mark Calabrese: Mark is a real worker. He has made his living performing magic for a number of years. He also was a Creative Consultant for the one and only Cri

Mark Calabrese: Mark is a real worker. He has made his living performing magic for a number of years. He also was a Creative Consultant for the one and only Criss Angel. You also may have seen him on the hit SyFy show Wizard Wars, where Penn praised him for his performance style. His effects have fooled some of the top names in all of magic, and he will be sharing some of those effects with you, At the Table.

DVS - Mark will be talking about this technique in great detail and cover new ideas and routines that never made it on to the DVD!

Quincy - A signed card vanishes from the deck under impossible conditions and reappears anywhere the magician so desires!

M.O.P. - An open prediction so clean, you might...just might think it's your destiny!

Grab - Mark will be tipping the work to his pet effect along with some updated routines and ideas that were not published in the original release!

Traction - Mark's ace cutting routine with a twist! ANY four of a kind is cut to, card by card and in the end, changes into the four aces! This can be done with a BORROWED deck! This is a real fooler!

IF*$@%ed - Reveal a text sent to your phone without ever looking at the text! Repeat, the magician NEVER looks at their phone!

Placebo - The spectator names any card and then takes the deck behind his/her back and reverses one card at random. When the deck is spread, ONE card is seen to be reversed and it is their NAMED card. The magician NEVER touches the deck after the spectator has the cards!

Center Tear - Mark will share with you his work on this classic move.