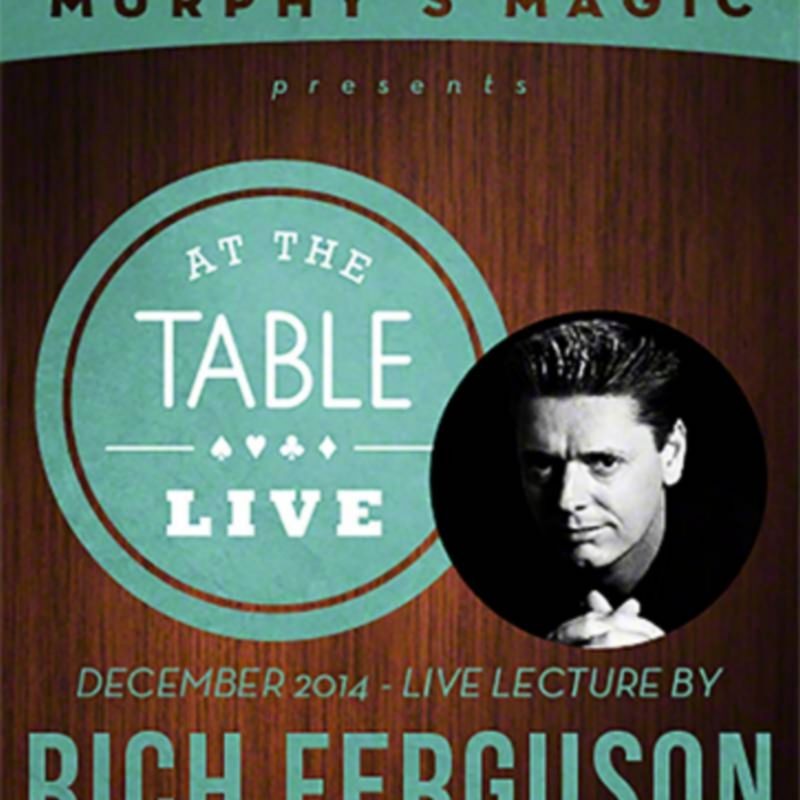 What CAN'T be said about Rich Ferguson? Well how about in 2012, Rich had one of YouTube's MOST searched for videos? Or what about being a featured guest on the

What CAN'T be said about Rich Ferguson? Well how about in 2012, Rich had one of YouTube's MOST searched for videos? Or what about being a featured guest on the daytime hit television show, Ellen? Or, maybe it's his 1 book ranking on Amazon? How about being one of the finalists on NBC's reality show, Phenomenon? How about top-selling effects like Serial Biller, Tagged and Out of this Word?

Rich Ferguson is taking time out of his busy schedule to sit down with you to teach you more than just magic tricks. Rich will be talking a LOT about MARKETING and how to sell yourself to others. He will also talk about YouTube, what it means to the magic community, and how you can let yourself be seen and heard! Rich will also talk about promotion and how to promote yourself as well as promoting your brand.

This lecture will also feature some never before published material that Rich has been saving JUST for this lecture:

Fallout - This is an AWESOME utility move that is s a hybrid between a side steal and a second deal. Rich will cover many ways to utilize this sleight that really does have endless possibilities!

Sniper - A fancy (and total BLUFF) way to get a chosen card to pop out of "anywhere" from the deck on pop/flip onto other hand.

Plus much, much more!