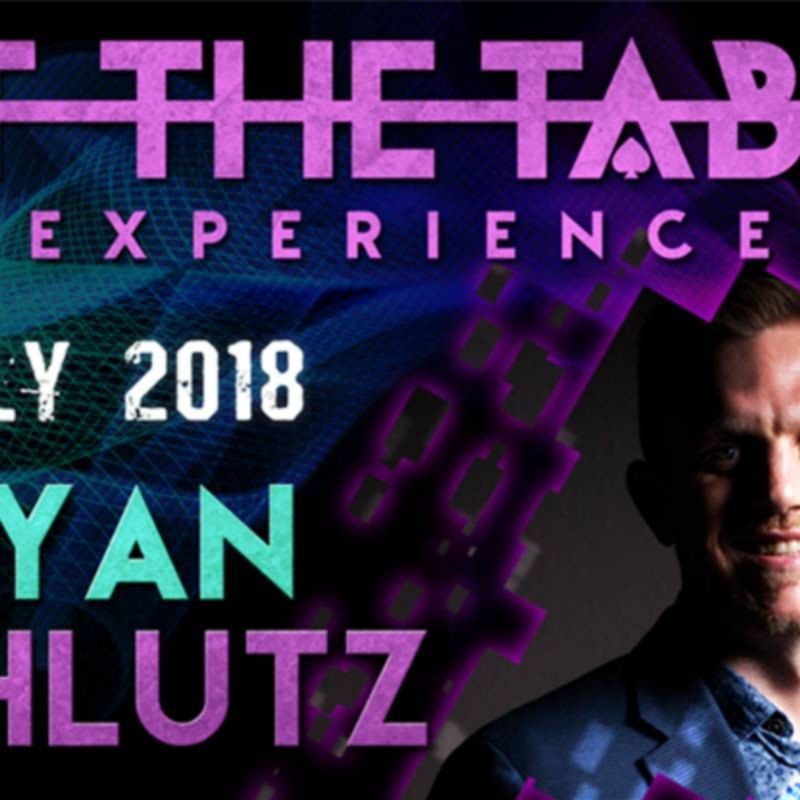 Ryan Schlutz is best known for his "moveless magic" that fools many magicians on a constant basis. Ryan's well-choreographed subtleties and carefree style leave

Ryan Schlutz is best known for his "moveless magic" that fools many magicians on a constant basis. Ryan's well-choreographed subtleties and carefree style leaves witnesses with a feeling of astonishment with no signs of foul play. He is sure to amaze even the toughest of critics. He is the author of Making the Cut, a well-regarded book amongst his peers, and has taken the magic community by storm! His signature "moveless" brand of magic has been featured in DVD titles such as Miracles Without Moves, Effortless Effects and Only Slightly Sleighty.

In this episode of At The Table, Ryan will teach amazing card magic that you'll be using in no time! You will also learn basics of why tricks don't always work, and how to properly use choreography and attitude to give a "hands-off" feel to your magic. Also included:

Rotating Credit: Predict the future with borrowed items from the audience! You send a text message to an audience member, before anything happens, that correctly predicts the outcome of events that haven't happened yet. This effect can be performed anywhere, anytime and packs a serious punch -- and the best part is that it gets everyone involved. Some of the best minds in magic have called this one of Ryan's strongest routines ever created!

Future Card: Incredibly fair-looking effect where the spectator appears to make all the choices, and yet a card freely set aside at the beginning matches a card created by all the spectator's free choices.

Forget to Remember: A showstopper of an effect! A thought-of card first disappears from the deck and then reappears in an impossible location. The best part is no sleights required.

No Hassle Hof: A self-working hands-off version of Hofzinser's classic plot, done with a thought-of card. Ryan has crafted a true winner here. The spectator holds the Aces between their palms and the thought-of selection replaces the Ace of the same suit. This trick is a masterclass in choreography and the use of subtlety.