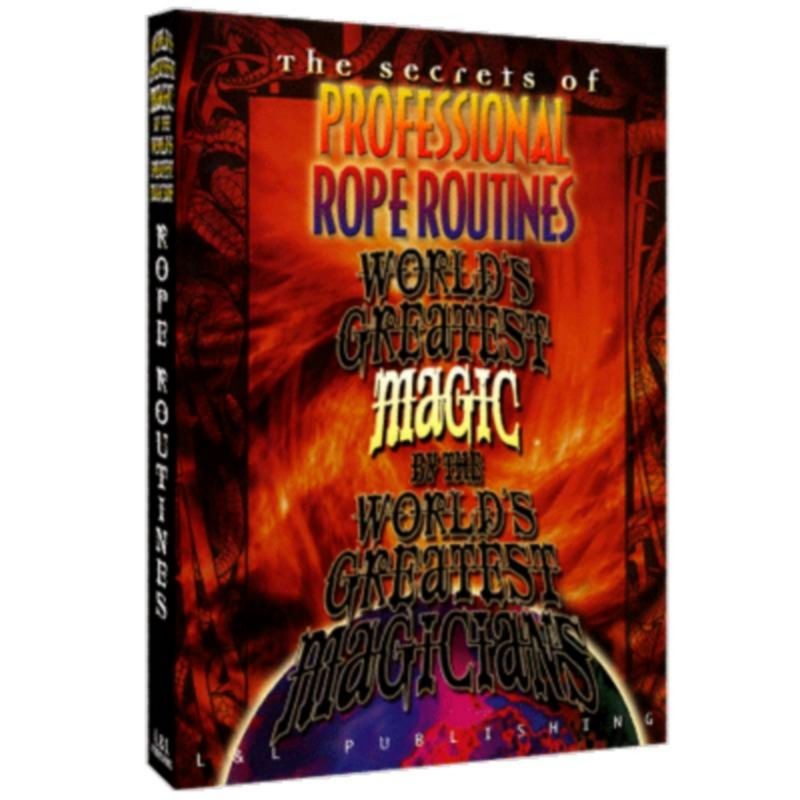 Rope magic has always been a favorite of performers and audiences alike mostly due to the ordinary properties employed. Everyone is familiar with rope and when

Rope magic has always been a favorite of performers and audiences alike mostly due to the ordinary properties employed. Everyone is familiar with rope and when it does unexpected and impossible things, a truly magical effect is created. On this video, you'll see six of the world's most entertaining magicians perform and teach their favorite rope routines.

You'll see the hilarious routine that made Michael Finney one of the busiest comedy magicians in the world and Dan Harlan's miracle rope routine that you can do any time you have a length of rope and a pair of scissors. Aldo Colombini will have you laughing so hard you might just miss how magical -and commercial-his routine is. There's Jeff Sheridan's routine also, tempered by decades of performing on the streets of the world's greatest cities, that features sequences where the scissors become as much a part of the magic as the rope. Ted Lesley's very funny routine combines elements of many different rope magic classics, including the Professor's Nightmare. Finally, Flip's routine is unlike anything you've ever seen before as a solid loop of rope-an impossible object in itself-is taken from a length of rope, linked onto it and finally integrated fully back into the rope from which it came.